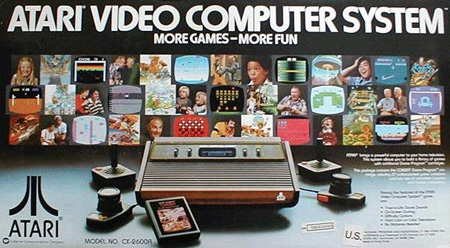 October 14 marked the 35th birthday of the legendary game console Atari 2600, which arrived in 1977. While technically the Magnavox Odyssey was the first home video gaming system, Atari quickly became the most widely adopted and set the standard for many, many years. Since then, gaming consoles have been coming out in an attempt to out-do each other, while providing consumers with hours of entertainment. Better graphics, more advanced game play and elements of 3D have all evolved with each new passing console.

Perfect timing to go hand in hand with out final Antique to Abt-ique contest.  If you own an Atari 2600 or other old timey gaming consoles, take a picture and join our contest to win!

Appliance Packages at Abt!
LG "Double Door" Arrives at Abt
0 Comments
By Pete R