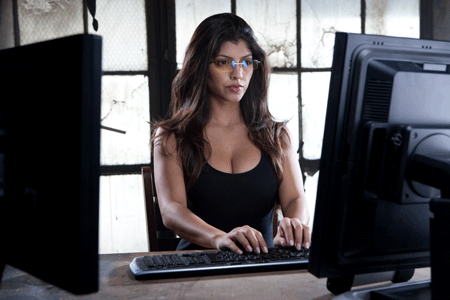 Screens of all kinds play a part in our everyday lives, and according to the U.S. Department of Health & Human Services, screen time should be limited to less than 2-hours per day.  Seems like kind of a silly (unrealistic) recommendation, as most modern careers require upwards of 8-10 hours of screen time per day (not counting personal time with video games and television).  An article in the New York Times   actually states that adults actually spend closer to eight-hours a day in front of some sort of screen – four-times of the recommended daily allowance.  Now, because we all like paychecks we really can’t afford to decrease our time in front of a screen, but by wearing a pair of Gunnar Optiks digital performance eye wear, you can lessen the strain on your eyes and reduce the long term effects of a life in front of a glowing monitor.

What does the screen do to my eyes?

According to an article on AHealthierMichigan.org, when you’re focused on working in front of a screen, your eyes contract and relax a series of tiny muscles when you focus.  Just like any other muscle in the body, extended periods of contraction and relaxation will eventually fatigue the muscles, causing blurred vision leading to headaches. The article goes on to state that when we’re working hard, we go from blinking 12-15 times per minute, to 4-5 times per minute. The decreased blinking rate causes our eyes to become dry and scratchy leading to foggy vision. The glow of a computer screen is also a factor. Constantly staring at a screen for eight hours a day can cause light sensitivity and blurred vision, leading to (you guessed it!) headaches.

Combine all of these factors together and the result is a condition that effects an estimated 150-200 million Americans called “Computer Vision Syndrome.” There has also been a 66% increase in nearsightedness within the US population do the growing amount of people spending large amounts of time in front of computers, laptops, and televisions. What do we do  if our jobs depend on it?

Gunnar Optiks is Here to Help

They use a natural yellow tint to offset the artificial light from a computer screen to reduce the strain on the tiny eye muscles that we use to focus. BMW does something similar by using tinted interior dome lights.

Do they really work?

A study done in 2007 by Pacific University  gave 36 subjects either Gunnar Optiks or placebo lenses in similar frames. The subjects were sent home and asked to evaluate, for one week, the lenses while using a computer for at least one hour per day – at home or in the office. They were then asked to complete an online survey regarding their incurred symptoms. After that week, the subjects were then called in to begin the study. They were asked to read on a digital reader under controlled conditions and the researchers evaluated their performance and surveyed their symptoms.  Following this series of tests, they were given the other type of glasses and asked to repeat the entire process again, at home this time, then coming in for testing and surveying.

The results were measured, and the researchers concluded the following:

The Gunnar Optiks glasses reduced external symptoms of irritation and burning of the eyes, tearing, or watery eyes, dry eyes, and tired eyes. They also effected pupil size, but not accommodation (focusing).

So yes, while they don’t do much to help you focus, they will reduce the amount of strain on your eyes, and if you’re in front of a screen all day like me, the long-term effects could make a huge difference when you (hopefully) retire and use your eyes to see the world.

Side Note: I’ve been wearing a pair my boss’s glasses while I’ve been writing this post and, while it’s only been an hour or so, the magnification makes screen-reading a lot easier. They don’t look too shabby either but….

I also can’t help poking fun at it… 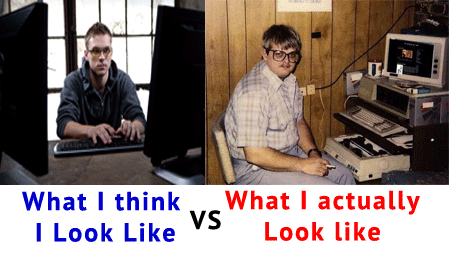 Pick up a pair of Gunnar shades for yourself at Abt.com and let us know what you think.

Already have a pair? Love/hate them? Let us know in the comments below!