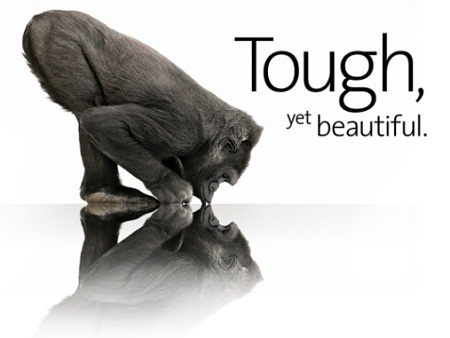 CES 2013—We’ve all been there: A heated game of Wii Boxing turns a virtual Thrilla in Manilla into the Expensive-LCD-TV Killa. The nunchuck flies out of your sweaty hand and hurtles towards your TV, threatening to shatter its screen worse than your dreams of becoming a Golden Glove boxer. It’s an unfortunately realistic fear, to which plenty of Youtube videos can attest. Thankfully, Corning Incorporated is coming to the collective rescue of vigorous motion gamers everywhere by producing their famous Gorilla Glass in large-format sizes.

For CES 2013, they partnered with Christie Digital Systems to showcase a 55-inch LCDTV that utilized a Gorilla Glass protective panel optically-bonded to the TV’s screen. Just like on the majority of modern cell phones, the Gorilla Glass is optically clear, so it won’t degrade the image quality of a high definition display. Corning’s press release refers mostly to commercial applications of the project, describing it as having “opened up a variety of new opportunities in the digital signage market.” That makes sense, given the growing commercial usage of interactive displays and their susceptibility to destruction at the public’s hands.

Select Sony TVs have previously been made with Gorilla Glass screens, but the idea seemed not to really take hold. We’re hoping that as Corning continues to develop commercial applications, more consumer sets will be available with this level of protection.