A few days ago, GoPro announced their newest action camera, the GoPro Hero4 Session. Smaller and lighter than any previous model, and with a body that’s waterproof without the need of an external case, the Hero4 Session is the ultimate camera for squeezing into tight spots. A variety of included mounts mean you can strap this compact video camera to just about anywhere on your body, your bike, surfboard, and any other places you can think of. The small size does bring a few technical trade-offs compared to the other Hero4 models, namely a non-removable battery and no 4K or 2.7K filming. But the integrated battery is good for around 2 hours of filming time (depending on settings) and the Hero4 Session can still film in Full HD 1080p resolution at 60, 50, 30, or 25 fps. Additionally, the Hero4 Session contains most of the other features that have made GoPro the #1 action camera available, including 1080p SuperView filming, time lapse recording, and the ability to take 5MP and 8MP still images. 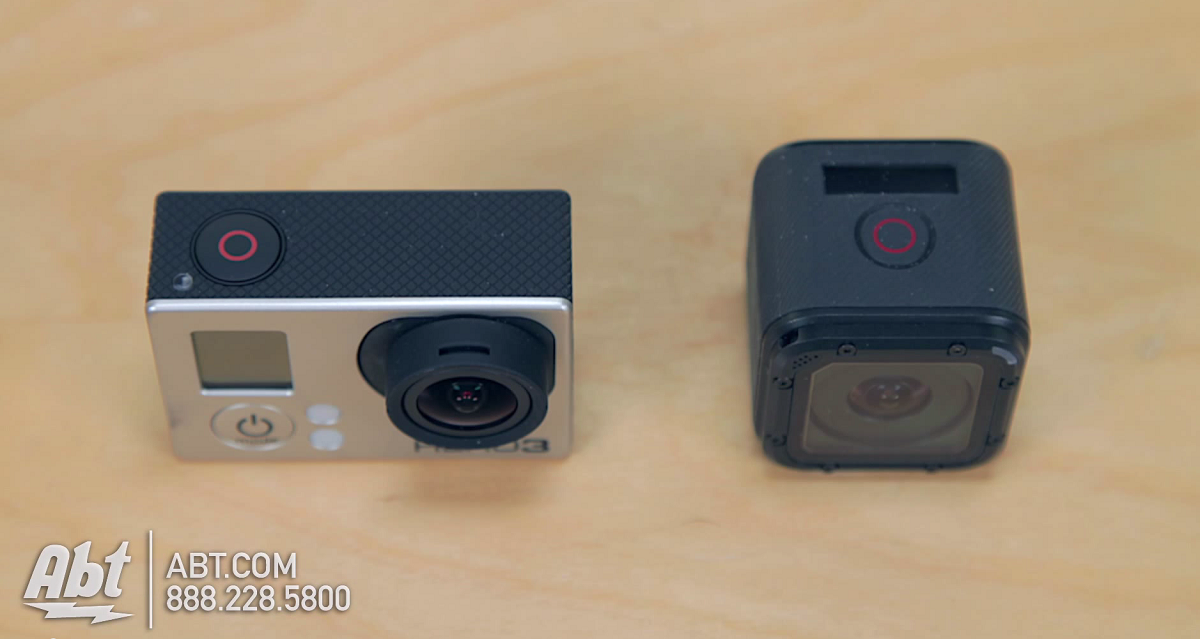 The new GoPro Hero4 Session has a smaller cube form-factor and is 40% lighter than other GoPro Hero cameras.

Check out the video below for our hands-on overview of the GoPro Hero4 Session, including some test footage and a rundown of the basic specs and operation. The GoPro Hero4 Session will be in stock and available for purchase at Abt.com on July 12th, giving you plenty of time to film the rest of your summer adventures!