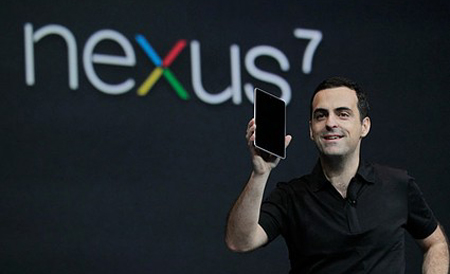 Yesterday, Google released the Nexus 7 tablet to the public. The tablet features a 7-inch screen and is designed to help Google compete with the Apple iPad and Microsoft in the surging tablet market.

The 7-inch tablet is the first and currently only device shipping with Android 4.1 Jelly Bean, and takes advantage of its optimization for smaller tablet screens, magazines and movies.  The tablet is built by ASUS and the specs are as follows:  a quad-core Tegra 3, 1.2-megapixel front camera, NFC and 1280 x 800,  IPS-based LCD.  All that at a decent price: 8GB for $199 and 16GB $249.

Google is on the hunt for ways to fuel sales of tablets, a market that may almost double this year to almost 120 million units. What do you think?  Will you be replacing your home computer with a tablet?  If so, which one?