Google gave the world a closer look at the Google Glass today, with a new video that chronicles the many potential uses for the cutting-edge device. It seems that with the release of every significantly new piece of technology, a wave of critics arrives asking “what’s the point of that?” The Google Glass glasses have received their share of skepticism, and this video helps illustrate their possible usefulness. From swinging on a trapeze to piloting a stunt plane, the Google Glass gives users access to common smartphone applications, in a hands-free device.

Since most of us aren’t multi-tasking circus performers, the average user is likely to utilize Google Glass in more mundane, though useful, ways, as the video shows. Getting directions while driving or bicycling, messaging a friend while holding a child, or any time when you’d need access to  the web but have your hands full.  The typical uses probably won’t be groundbreaking. It’s our guess that the first wave of users will be most interested in the social aspect, and we’ll see quite a few people documenting literally every moment of their lives through the Google Glass.

Of course, there is the potential for lots of misuse. When people don’t need to use their hands to operate their phone, they’re more likely to use their phone in situations where they shouldn’t be, like driving. In theory, sending a message via voice-control should be safer than trying to type while at the wheel. But with the Google Glass, one of your eyes is going to be focused on the translucent screen dangling directly in front of it. So while the smart specs may intend to streamline our lives, there’s also the possibility that they’ll only make us all more distracted. Still, we eagerly await the first real-world tests to see how well the glasses function.

If you’re interested in becoming an early adopter, Google has launched a program called “If I Had Glass,” looking for “bold, creative individuals” who are interested in being among the first users of the Glass. For a chance at  scoring one of the first pairs, you’ll need to apply via Google+ or Twitter with a response describing what you’d do if you had Glass. Entrants are encouraged to include photos and videos that illustrate their creativity and planned use of the Google Glass. Oh, and they’ll also have to pony up $1500 for the privilege of being a beta-tester, which probably shouldn’t be a surprise. The future is never cheap. 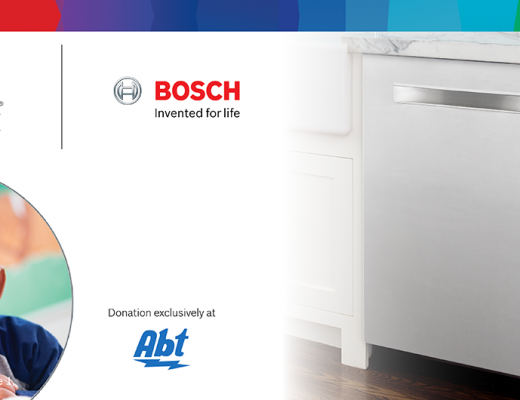 GoPro was the choice for astronaut Felix Baumgartner when he ascended from earth to the edge of space. Watch the video on our blog!

Abt Electronics looks back at CES 2013 to recap our favorite product announcements, from Ultra High Definition 4K TVs to cutting edge cameras