Google Destroys Your Liver: Facebook Finds You A New One 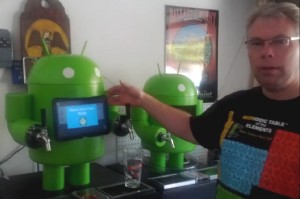 An ABC News exclusive, posted today, discusses Facebook’s CEO Mark Zukerberg’s initiative to leverage the power of Facebook’s community to increase organ donation and issue awareness.  Users can add that they are organ donors to their timeline, and share their story with friends (as if we need to give those self-righteous Facebooker’s more of a reason to show off). With a history of privacy issues, we can look at this as a genuine attempt to user their powers for good, or an excellent public relations execution designed to position the company as an issue-influencer (which they are) and  an born-again morally sound organization, attempting to direct public attention away from past privacy slip-ups and towards a more informed, connected, and do-goody future. 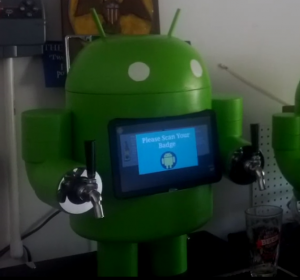 If Facebook’s organ donor program positions them as a socially-conscious social network, then what does Google’s innovative KegDroid mean for their image? They’re (still) freakin’ awesome that’s what. Digitaltrends.com posted an

After users authenticate themselves by scanning a badge on an attached NFC scanner below the tablet, a touch screen interface displays the types of brews available including a description of the flavor, five-star rating, and alcohol content.  Once the preferred libation is decided upon, users select between a  1 ounce (who drinks 1oz of beer?), 8 ounce, and 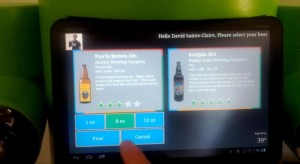 12 ounce portion before tapping “Pour”.  The application then tracks the speed of the pour, keg temperature, and totalamount of beer dispensed during operation.  There is video, after the jump, of Paul showing off the entire system. He even shows off some of him homemade beers which, according to the system, have only gotten a 3-star rating. You give your friends free beer dispensed by a cool green robot and they’re still jerks.

So, once you’re done draining the Google KegDroid, you can hop on Facebook and find out which one of your friends is proudly going to donate your new liver. Coincidence? I think not.

The iDermal: Ultimate fanboy or just a really cool body modification?
Save Big Money With An iPad
0 Comments
By Pete R