Garmin is upgrading its Navigon navigation app for iPhones and iPads. Version 2.1 of the Navigon app adds such features as Google Street View and a Cockpit in-app purchase that displays driving data while looking at the map.

The new version also improves start-up time and map-rendering speed.  It also speeds up zooming and panning in map view, and it enhances graphics for display on the iPad’s Retina display. An option called manual route blocking lets users manually block off certain roads or highways or sections of a map to avoid them while driving.  Current owners of the app can expect the upgrades to be completely free.

Some of the more interesting new features will be previously mentioned Google Street View.  With Google Street View, the navigation application will allow drivers to see a street-level image of a destination before starting a route, helping them to identify a specific building when they arrive. Users can also look at a 360-degree view of a destination’s environs. Just before arriving at the destination, the Street View image appears again. 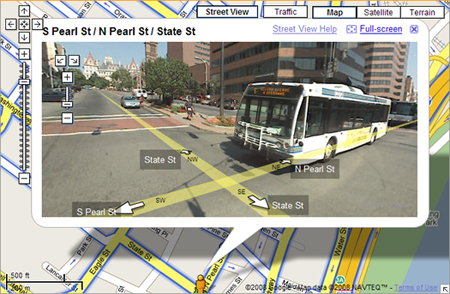 If you have Garmin on your existing iPhone, don’t forget to update and make the changes.  If not, seriously consider paying for Garmin’s newest application as they are one of the best in the business of never getting lost.

25% of Movies Streamed into Homes