Enter the Abt Bracket Challenge!

Think you’ve got what it takes to pick the winner of this year’s NCAA Basketball Championship Tournament? Enter the Abt Madness Bracket Challenge to get your shot at winning one of three LG LED TVs! 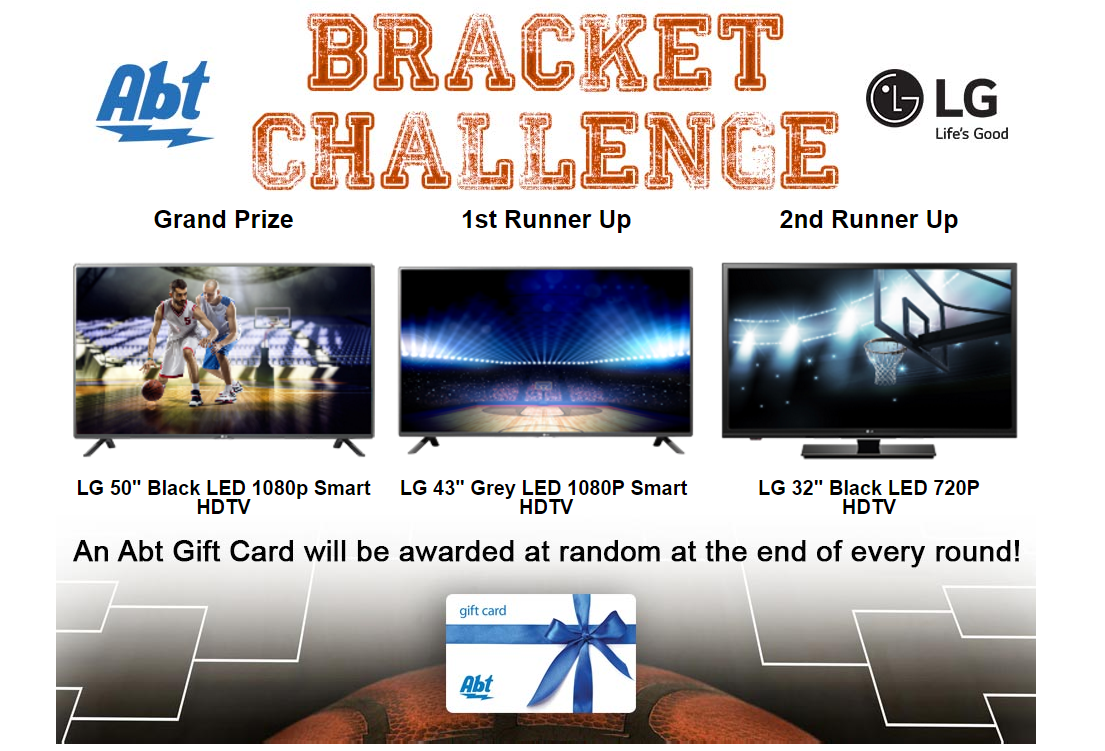 Participating is simple: sign up on the Abt Bracket Challenge page(it’s completely free), and fill out a tournament bracket, picking the teams you think will win at each round. Some entrants will call upon years of college basketball knowledge, while others will pick the teams with the fun-sounding mascots. In a tournament that is filled with twists and turns and countless upsets, there’s no such thing as a bad strategy. At the close of the tournament, the bracket with the highest score—based on the most winning teams picked—will win a 50″ LED HDTV from LG. A 43″ LED HDTV will go to the 1st runner up, while the 2nd runner up will score a 32″ LED HDTV.

But even if 100% of your picks are losers, you’ll still have a chance to win. Because at the completion of every round, one entrant will be randomly selected to win a $25 Abt Gift Card, regardless of how well their teams have performed.

You can sign up for the Abt Bracket Challenge starting now, and you’ll be able to begin filling out your brackets as soon as they’re released by the NCAA some time Sunday evening. Once announced, you’ll have until 11:00 a.m. CST to finish up your picks and get started with the challenge. We’d love to hear how you’re doing as the tournament progresses, so don’t forget to let share your status and tag us @abtelectronics and #AbtBracketChallenge. Good luck, and let the Madness begin!