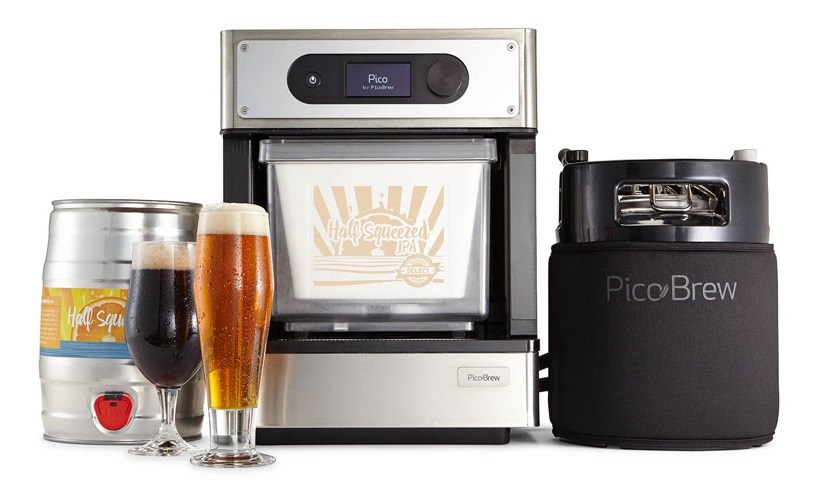 There are few things that hit the spot like a freshly-poured, freshly-brewed glass of craft beer. Anyone who’s ever done a brewery tour will tell you how much better a beer tastes when it comes straight from the barrel. And even beer from a keg has a taste advantage over its equal that came from a bottle or can. But obviously, it isn’t always practical to have a keg of your favorite beer in your house or to pop down to the local microbrewery when you’re craving a pint. But the Pico from PicoBrew aims to change all of that, by letting you get those same fresh, flavorful pours in the comfort of you home any time you want.

We first learned about PicoBrew at CES 2016, where we caught a glimpse of their smart home-brewing system, which touted the ability to reproduce many popular brews in just a week’s time. But the real draw of the PicoBrew is that it produces fresh home-brewed beer without the preparation, mess, measurement or careful monitoring required with normal home brewing. Instead, the PicoBrew uses “PicoPaks,” which are proprietary packages filled with all of the necessary ingredients to create one of dozens of specific brews.

Users simply pop the PicoPack into the Pico, let the machine do its thing for a few hours, then transfer the liquid to a mini keg, let the beer ferment, and can then soon enjoy freshly-brewed beer. The brewing process takes just over 2 hours, with an additional five-to-seven days for fermentation, giving the user an average wait of just a week to get from PicoPak to pint glass. The process has earned PicoBrew the nickname “the Keurig of beer,” and while the PicoBrew does take more than two minutes to brew a beer, the comparison is appropriate. Know you’re having a party for the big game in a week? With a couple hours of work, you can have 5 liters of your favorite beer ready in time for kickoff.

The PicoBrew Pico and assorted accessories are now available at Abt.

OLED TVs Compared
Being Green: What Can You Do?
0 Comments
By Pete R

Should You Choose Cable Or Satellite TV Service?

Sony Electrolounge at Abt This Weekend