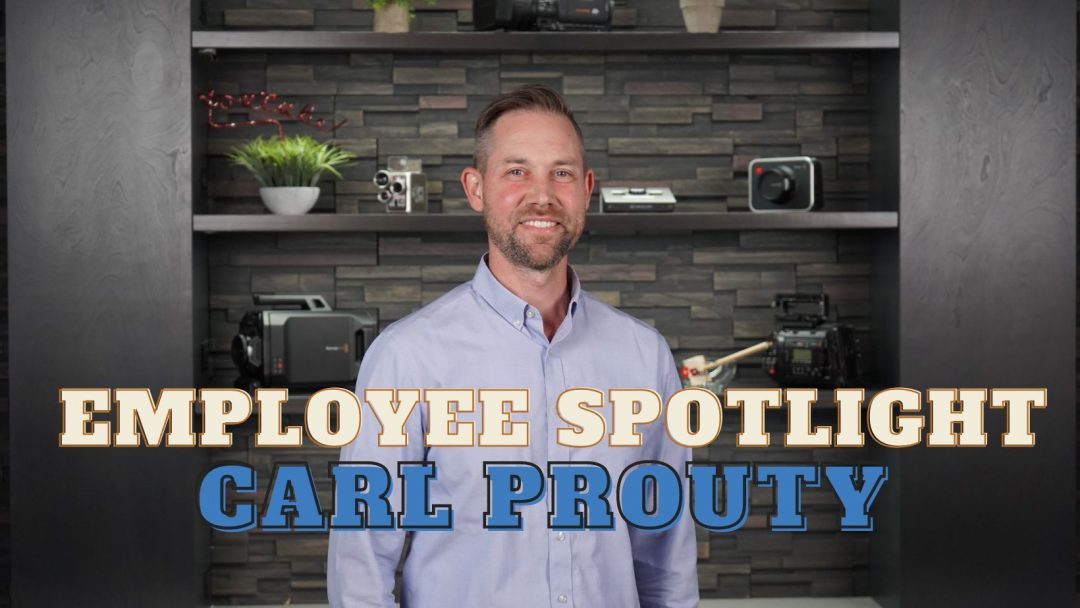 While Carl is no stranger to real-life spotlights, our on-camera YouTube and video host has rarely been formally recognized for all that he does for Abt. We think it’s time that Carl receives a little love from all of us. You might recognize him from the videos over on our YouTube Channel where he dives into product reviews, explores the store, and leads users through buying guides. But he hasn’t always been the face of our video channel. In fact, he began at Abt over two decades ago. After hearing that we were hiring, he applied for a position in the Electronic Service department, where he helped people to set up their VCRs over the phone. He thanks Dan De Bartolo for offering him his job at Abt.

When asked what his favorite memory here was, Carl’s response was, like many others, about Bob Abt. “I had just closed the Small Electronics department and it was about 1:30 a.m. As I was walking to the time clock to punch out for the night I heard a voice call my name. I looked up, and it was Mr. Abt. He proceeded to tell me how happy he was with my work. This made me feel great as I had only been in sales for about a year and had no prior experience. He then told me he wanted me to try out phone sales as he felt I would do well selling the whole store instead of just a single department. I took him up on the offer and for the next 11 years I did phone/internet sales and had a blast.”

For the last 7 years, Carl has been in the video department, where he makes content and acts as a spokesperson for Abt on local and national TV as well as radio segments. He loves helping out in any way he can, whether it’s in his own department, working with marketing or in any other place he can lend a hand. When asked what he loves most about his job, he answered that it’s “all my coworkers. They make it fun to come to work every day. I also love being able to help people through the videos we make. It’s fun to look back and see how our videos have improved year after year. And it’s extremely satisfying to see how many people they’ve helped along the way.”

Carl has four wonderful children and met his wife at Abt. “My oldest daughter is a freshman in college this year. My older son is a sophomore in high school. My younger daughter is in 1st grade. And my youngest son is in preschool. They certainly keep me and my wife busy, but we love every minute of it!”

We asked Carl if there was anything else he wanted to share with readers. “I feel very lucky to have been part of the Abt family for the last 20 years. It’s been amazing seeing the store grow and continue to thrive throughout my time here. And every person who works here is part of the reason for that success. We wouldn’t be where we are without everyone doing their part, and doing it well! It’s truly teamwork at its finest.”

His favorite hobbies include playing sports (according to him, any sport at all) and attempting to cook.

See Abt And Get Motivated