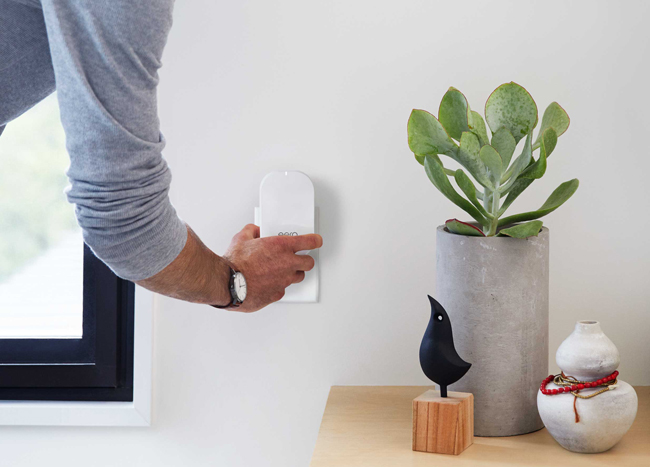 Early last year, a savvy startup set out to solve a problem that plagued households across the country: home wireless networks with poor coverage. The average users expects WiFi in all areas of their home, and why wouldn’t they? We’ve all got a multitude of devices that require an internet connection: the laptop in the bedroom, the smart TV in the den, and the smartphone everywhere in between, from the front door to the bathroom. But that reliable coverage was hard to achieve. A typical wireless router might have stellar bandwidth at close range, but when you turn a corner, go upstairs, or close a couple of doors, your wireless signal may drop significantly.

Eero solved this problem by reinventing the way home wireless systems are propagated, using multiple points of network access instead of just a single router. The resulting mesh network blankets your entire home with full coverage, meaning that even in the nooks and crannies of your home, on a floor above or below your modem, you’ll have no problem tuning in an excellent wi-fi signal. We took a look at the Eero here:

Today, Eero released their second generation wireless system, improving upon the original by making it more powerful and even easier to use. Though outward appearance remains unchanged, the Eero wireless base stations have been upgraded with much-improved internals. A new antenna array and the addition of tri-band support give the new Eero twice the bandwidth and double the range of the original, letting your Eero network support more users while giving faster speeds with farther signal penetration.

And getting that signal deeper into the inconvenient nooks of your home is also easier. Key to the improved system is the Eero Beacon, a new component that lets you place network nodes in locations where putting a wired base station would be inconvenient or unsightly. The new Eero Beacon plugs directly into a wall outlet, resembling a typical hallway nightlight. And if your wall outlets are already dedicated to nightlights, you’re in luck. The Eero Beacon nodes have built-in, smart nightlights that come on when ambient lights go down—or are programmable to operate when you choose.

The second-generation Eero also supports Thread, a networking protocol for Internet of Things devices. Users of IoT devices will be able to leverage their Eero network as a bridge to connect to each of their devices, without the additional smart hardware typically needed. Another new feature in the second-generation system is Eero Plus, a security service that provides an additional layer of protection to your network and all devices connected to it, along with in-depth parental controls.

Eero’s new products can be ordered today: Eero WiFi systems at Abt.