Every spring, Los Angeles plays host to the Electronic Entertainment Expo, the major annual trade show for the video game industry. At the Expo, known as E3, all of the major players in the industry gather to announce upcoming hardware and software, and to show off concepts that hint at things to come. Some years it’s more about the games and big releases from software developers, but rumors of new hardware from both Microsoft and Sony made those companies the stars of this year’s show. Here’s a quick recap of what we learned from their Expo presentations this week.

Microsoft brought news of not one, but two upcoming console refreshes: one that will be available shortly, and one that’s still in the conceptual phase. First up is the new XBox One S. The One S (which presumably stands for “slim”) is not a completely new console, but a mid-cycle refresh that brings a new form factor along with some slight technical upgrades. 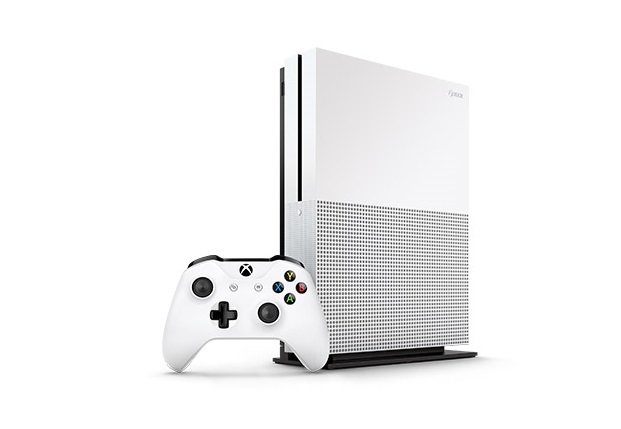 The new Xbox One S

The main new feature of the Xbox One S is the ability to support High Dynamic Range (HDR) gaming on compatible TVs, which is a technology in newer TVs that creates a richer image with a wider range of light and dark elements within a single scene. And while the new Xbox One S doesn’t support 4K gaming, it does double as an Ultra HD Blu-ray player, which may be reason enough for some Xbox users to upgrade. Other improvements include a slightly more powerful processor, a 2TB hard drive, and a redesigned controller. The Xbox One S features a white, minimalist design in a form factor that’s 40% smaller than the original Xbox One. It will be available in August for $299.

Comparing the size of the Xbox One S to the original Xbox One.

Microsoft also dropped hints at their next-generation console, which will be a more thorough overhaul of the Xbox One. Dubbed “Project Scorpio,” the new console will be powerful enough to run 4K-native games and support immersive VR gaming environments. It will be backwards compatible with Xbox One games, and even offer performance improvements to those previous-gen titles thanks to the increase in processing power. There’s no release date or price set yet for Microsoft’s Project Scorpio, but expect to see it available sometime late 2017.

PlayStation, meanwhile, did not release any news on a new console—though there’s plenty of talk about the rumored PlayStation 4.5 (aka PlayStation Neo) on the internet. Instead, PlayStation focused on game titles and peripheral hardware, like their upcoming virtual reality headset. The PlayStation VR, which will be available to purchase in October, brings full-fledged VR experiences to your home. VR is one of the hottest advancements happening in home entertainment today, but so far most are priced quite high and require significantly powerful computers to take full advantage of. The PlayStation VR works with your existing PlayStation 4, and will cost $399 upon release this fall. What’s more, the PlayStation VR helmet boasts specs as good as or better than some of its immediate, more expensive competitors like the HTC Vive or Oculus Rift. Users will be transported to virtual worlds via a 1920×1080 OLED panel running at 120Hz, which should render high fps games at a higher rate.

The PlayStation VR will be compatible with existing DualShock 4 controllers, or utilize all new controllers designed specifically for VR gaming. Sony also showed off the PS VR Aim Controller, a gun-like device that will be perfect for navigating FPS games. 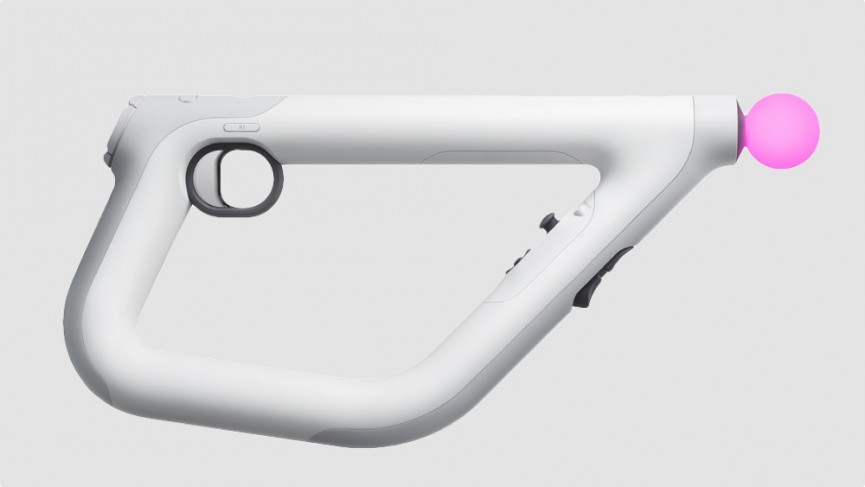 The PS VR Aim controller, for use with the PlayStation VR headset.

We got a chance to check out the PlayStation VR back at CES 2016, and we were suitably impressed. This is one device we’re eagerly awaiting.

Keep an eye out for more news on the release of these and other future video gaming products!