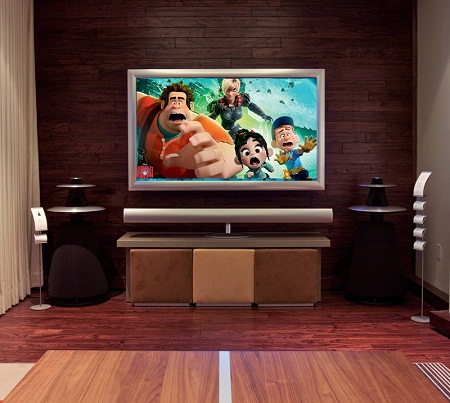 You’ll soon be able to enjoy your favorite Disney movies at home weeks before their DVD/Blu-Ray release.

We’ve previously written about Fox Studios’ innovative Digital HD movie release system, which allowed home viewers the option to download new movies weeks before they were released on DVD or Blu-Ray. Well, we’ve got some more good news for you digital media fans, as another Hollywood powerhouse jumps on the early release wagon.

Disney announced today that they will be offering a similar option, with the hit film Wreck-It Ralph as the inaugural title. While the Blu-Ray and DVD are set for a March 5th release, fans of the highly-rated animated comedy who can’t wait till then will be able to download and stream it starting on February 12th. Downloadable titles will be available in a variety of formats, including both HD and 3D versions. A common complaint consumers have about digitally-released media is that it costs too much; studios are saving on the costs of producing and distributing physical products and some of those savings should be passed on to the viewers. While there’s no word yet on pricing,  if Disney follows Fox’s lead, you can expect the digital versions to come in at around 50-70% of the Blu-Ray price.

With the big movie studios finally beginning to embrace digital distribution, and the rapidly growing selection of Internet Ready Televisions and Blu-Ray Players, physical media may soon become a thing of the past.