Dishwasher Not Cleaning Properly? You May Need to Change Your Soap.

If you aren’t familiar, 16 states, including our home state of Illinois, passed a law banning soaps with phosphates in hopes of eliminating environmental damages.  Phosphates are known to enhance the cleaning performance of dishwashers by breaking down food particles and leaving your kitchen items clean but they are also known to be a fertilizer for algae. If an over abundance of algae makes it into the water systems, aquatic life can become endangered.

We recently have been receiving a large volume of calls from customers informing us that the dishwasher they purchased through us hasn’t been cleaning their dishes as well as it used to. Since the ban began in July of 2010, stores were allowed to sell their remaining soaps that carried phosphates until their inventory ran out. Customers now are beginning to feel the effects.

In releases from several major appliance manufacturers, they have a list of changes that can be made to get your dishes back to being clean.  Options include such actions as place dirtier items towards the middle of the unit, load silverware handles down and change your cleaner to an all-in-one option. 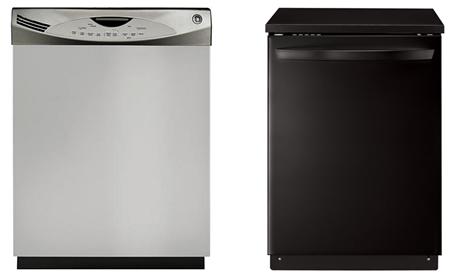