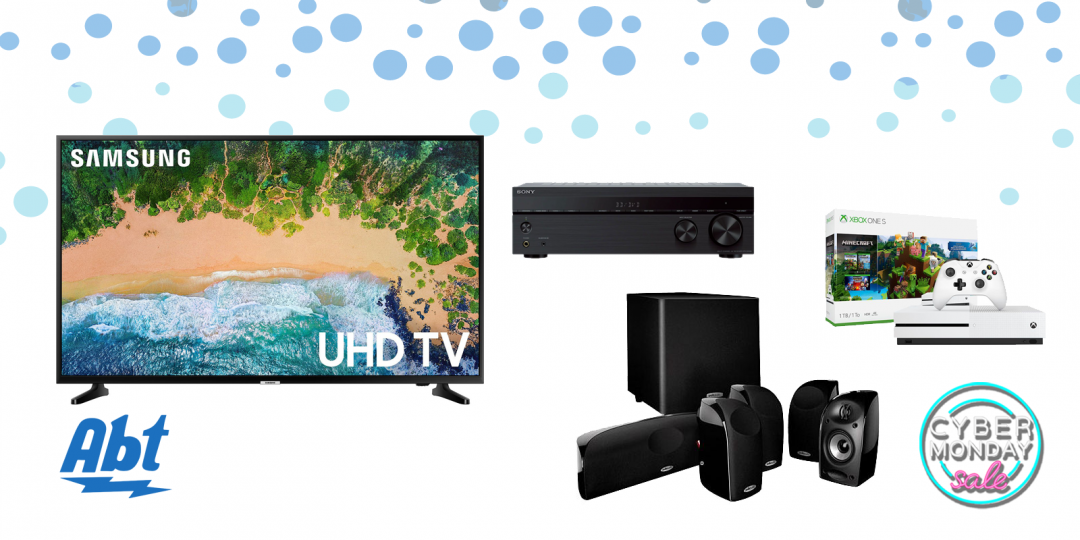 Black Friday through Cyber Monday is the best time of the year to get the gear you need to build the ultimate home theater. Deals on TVs and home audio abound, plus we’re at the Peak TV-watching period of the year, with the Big Game right around the corner and crummy weather outside making you want to veg in front of the tube for hours at a time.

While building a home theater is usually a costly affair, some savvy shopping during the Holiday season can net you an impressive audio/video setup for a very reasonable price. Every year, we try to build the best theater we can for under $1000. The requirements are: A big-screen display (50 inches or larger), a video source (something that can play Blu-rays), and a multi-channel audio (at least 2.1 channels, preferably 5.1). Here’s this year’s package:

Samsung UN50NU6900 4K TV—this 50-inch 4K TV has all the specs important in a modern TV, at a super-affordable price. You get 4K resolution with HDR technology, for a vibrant, detailed picture, and Motion Rate 120 for smooth motion when the on-screen action speeds up. Plus, Samsung’s Smart TV functions let you stream your favorite movies without needing a streaming media player. Cyber Monday price: $327.99

Microsoft Xbox One S 1TB Minecraft Bundle—We’re putting the Xbox One on this list because of its role as a do-it-all video source. Sure, you can play video games on the Xbox, but it also functions as a 4K Blu-ray disc player, or a digital media player. This Minecraft bundle is ready to play right out of the box, plus it includes 3 free months of Xbox Live. Cyber Monday price: $199.00

Sony STR-DH590 5.2 Channel Receiver—Since video is only half of the equation when it comes to home theater enjoyment, we’re going with this Sony 5.2 channel A/V receiver. While not as fully-featured or powerful as higher-priced models, the STR-DH590 does include all of the essentials of a good AVR. Built-in Bluetooth lets you stream music directly from your phone, while Sony’s Digital Cinema Auto Calibration optimizes the sound of your speakers based on your specific room. And, most importantly, this receiver features 5.2 channel surround sound, for a fully-immersive home theater experience. Cyber Monday price: $178.00

Polk TL1600 Home Theater Speaker System—Connected to your Sony receiver will be this Polk Audio 5.1 channel speaker system. With a center speaker, four satellite speakers, and a powered subwoofer, you’ll get true surround sound in your new home theater at the price of a typical soundbar. And while the best soundbars are great at replicating a surround sound system, it’s tough to beat the feel of a movie’s audio effects truly coming from a dedicated speaker behind you. Cyber Monday price: $248

The total price for our home theater setup, including shipping to California? $999.91.