Customers Reach Out To Abt For Help On D(TV)-Day

Nearly 3 million households in the U.S. remained completely unprepared for Friday’s digital television (DTV) transition, according to surveys by Nielsen Co., and throughout the day, every single one of them called Abt’s electronic service department for help. That last part isn’t exactly true, but it sure seemed that way to our service reps who were handling the calls.

“I came in at noon on Friday, and I was on the phone the whole day answering calls about the transition,” said Abt electronic service rep Alex Chen. “Between everyone here, we handled hundreds and hundreds of calls. We also had customers in the store who came to us with questions. A lot of the calls had to do with how to properly set up the digital converter boxes, and it seemed like lots of people were having trouble receiving channel 2 (Chicago’s CBS station) and channel 7 (Chicago’s ABC station).”

If your favorite TV shows now look like this, give us a call.

The Federal Communications Commission (FCC) also was ready to help on Friday, with 4,000 operators on standby to answer questions, along with demonstration centers set up in several cities. FCC chairman Michael Copps has warned of a “period of adjustment as we all figure out how to make this new technology work in the real world. This is a momentous change, and it will take time to get it right.”

On the other hand, Jonathan Collegio, vice president of the National Association of Broadcasters, seemed please with the transition, stating: “America is the first large country in the world to complete the transition to all-digital broadcasting, and our early reports show that the transition has been a success.”

Do you still have some lingering questions about the transition? If so, you can consult our TV & Video Buying Guides or call one of our knowledgeable electronic service reps at 1-888-228-5800. By now, there probably aren’t any DTV questions they haven’t handled successfully at least a hundred (or 3 million) times.     —by Graham W. 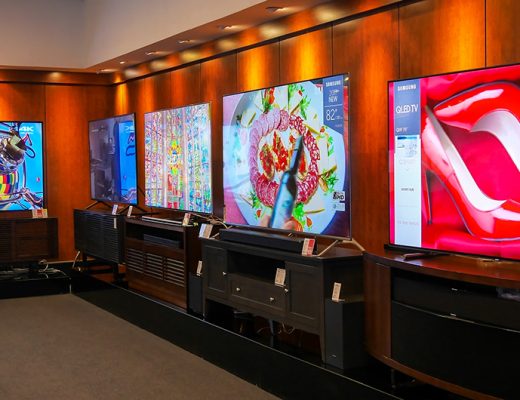 How to Watch the Big Game in 4K

Be Greener at Historic Chicago Bungalow and Green Home Expo