Come and Cheer Abt On!! 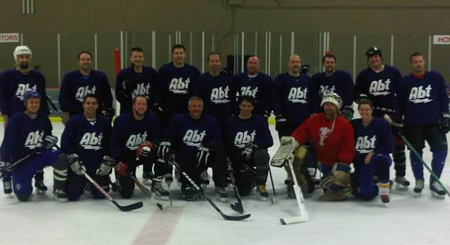 As they do every year, the Abt Bolts hit the ice for some intramural hockey games this season! With a team of employees from Abt Electronics, including two Abts themselves, the team will be playing a game Sunday, April 10th at 8:10 pm at the North Shore Ice Arena in Northbrook, IL.  If you are from the Chicagoland area, come on out and cheer for the Bolts.  And who knows, if you cheer loud enough, they might hear and give you a discount next time you come to Abt!

Sunglasses at Abt!
Congrats to Our Speedy Employee
0 Comments
By Pete R