While much of the the attention at CES gets devoted to flashy, conceptual electronics with undetermined release dates, some of the best products on the showroom floor are practical and often immediately available, in addition to being innovative. Cobra Electronics, producers of various automotive and outdoor electronics, was at CES showing off some examples.

First up is the Cobra JumPack, a compact jumpstarter for car batteries. Portable jump packs aren’t a new technology, and there’s not often anything glamorous about them. But Cobra has put an interesting twist on this practical product by shrinking it to a size only slightly larger than a chunky smartphone. Despite its size, inside the sleek shell is a powerful 7500 mAh Li-ion battery which produces 200 amps of starting current and 400 amps at peak. That’s plenty of juice to jump start some of the most demanding engines. A built-in flashlight helps you find your way under the hood. In between emergency uses, the integrated USB port makes the Cobra JumPack the perfect device for charging all your electronic devices when you’re away from an outlet. The Cobra JumPack CPP 7500 will hit stores in April for $129.95. 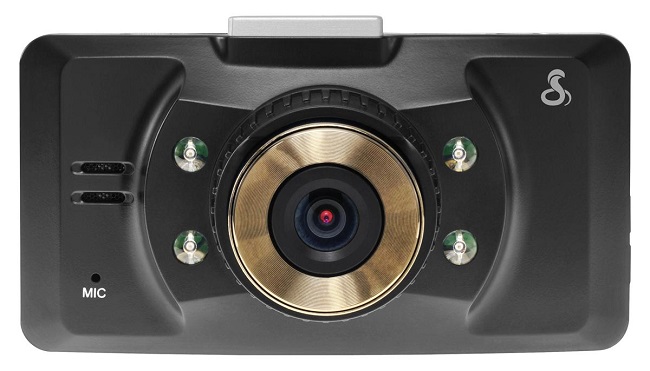 Next up is the Cobra CDR 830 Dash Cam with GPS, part of the Cobra Drive HD Series. We’ve all seen video compilations with crazy accidents caught on Russian dash cams or from police cruisers. Even the safest drivers might find themselves in a situation where it would help to have a witness.  A dash cam like the Cobra CDR 830 is the perfect way to capture an objective record of your vehicle’s activities. The CDR 830 continuously records your travels in crisp 1080p high definition and automatically saves clips of video when it detects an impact, while the integrated GPS logs the location of the accident. Easily view your videos on the built-in 2.7-inch LCD screen or on your home PC. The Cobra Drive HD Series dash cams won’t help prevent an accident, but they can make dealing with the aftermath a whole lot easier. The CDR 830 is available now for around $149.95.

Lastly, we checked out the Cobra Airwave Box. This one’s not a vehicle-specific product, but would go great with the off-roading or boating crowds. Part of the AirWave Series, the Cobra Airwave Box is a rugged, wireless Bluetooth speaker system. Pair your smartphone or other Bluetooth device with the AirWave Box and stream music anywhere you are. What separates the AirWave box from other wireless speaker systems is its super-tough construction. The rugged rubber covering helps guard against accidental bumps and drops, while  JIS7 waterproofing keeps your AirWave box safe during accidental dips in the drinks. And it even floats! The internal, rechargeable battery provides  up to ten hours of playback time and up to 120 hours of standby. Pair the Cobra AirWave Box with a waterproof tablet like the Sony Xperia Tablet Z  for the perfect poolside party, with no wire to worry about. The AirWave Box will be available in March, retailing for $79.99.