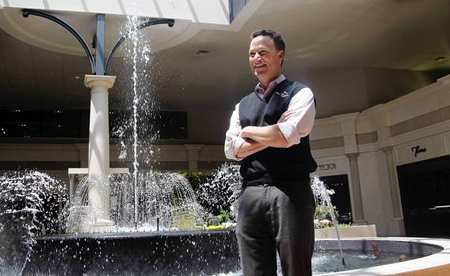 When running an award-winning successful retail store in Chicago with your family, anything goes. The Chicago Tribune stopped by Abt Electronics the other day and profiled the Abt Brothers in their “Office Space” section.

Working with your brothers in such close quarters can lead to some interesting moments.  “I come in here some mornings, the door’s shut, and I open it up and one of my brothers is in here doing something,” said Jon Abt, co-president of Abt Electronics.  “People come in here for changing their hearing aid battery, changing their clothes,” added Mike Abt, the co-president who shares the office with Jon.

Th Abt brothers know that to run a business properly, there needs to be camaraderie as well as easy accessibility to those running the business. When working at Abt, one of the great feelings is knowing that the problems, concerns, or new ideas will actually be listened to. Just like your family at home, Abt does what it can to make sure everyone, both in-store and out, is satisfied. “Nine times out of 10, unless someone’s changing, our office door is open,” Jon said with a laugh.