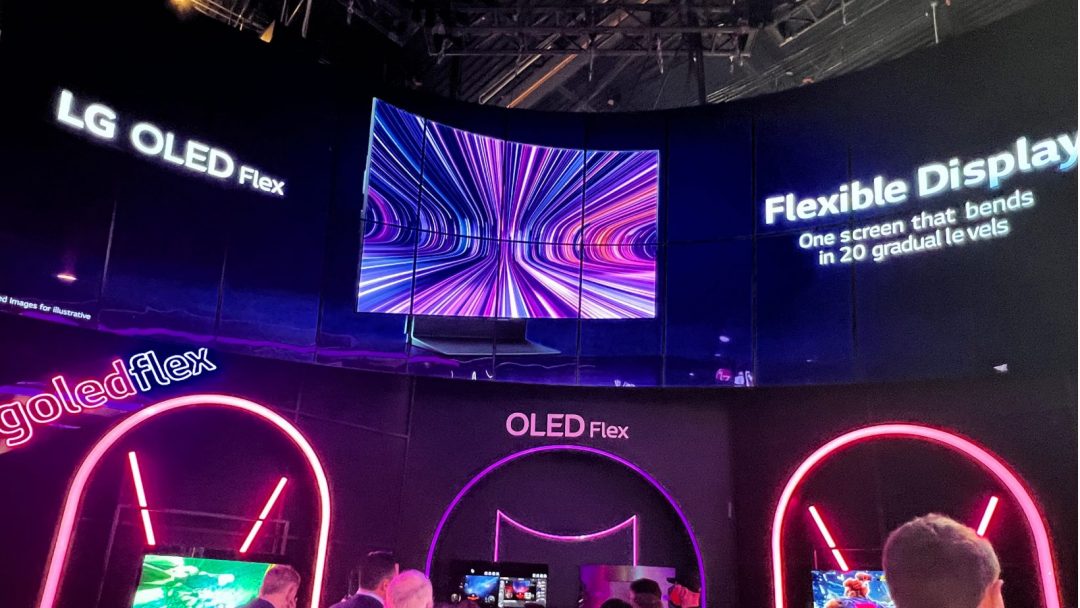 Welcome back to Abt’s CES 2023 coverage! After media day, we were finally able to see the LG OLED Flex in person, one of the most exciting new launches we’ve seen in a while. This TV and monitor is designed with gamers in mind, with next-gen tech that creates an immersive experience. Unlike standard curved monitors, the LG OLED Flex can be flat or curved up to 900R with the push of a button. With the included remove, you can customize the curvature of the screen for gaming or watching. The LG OLED Flex was even named a CES 2023 Innovation Award Product based on its incredible claims. 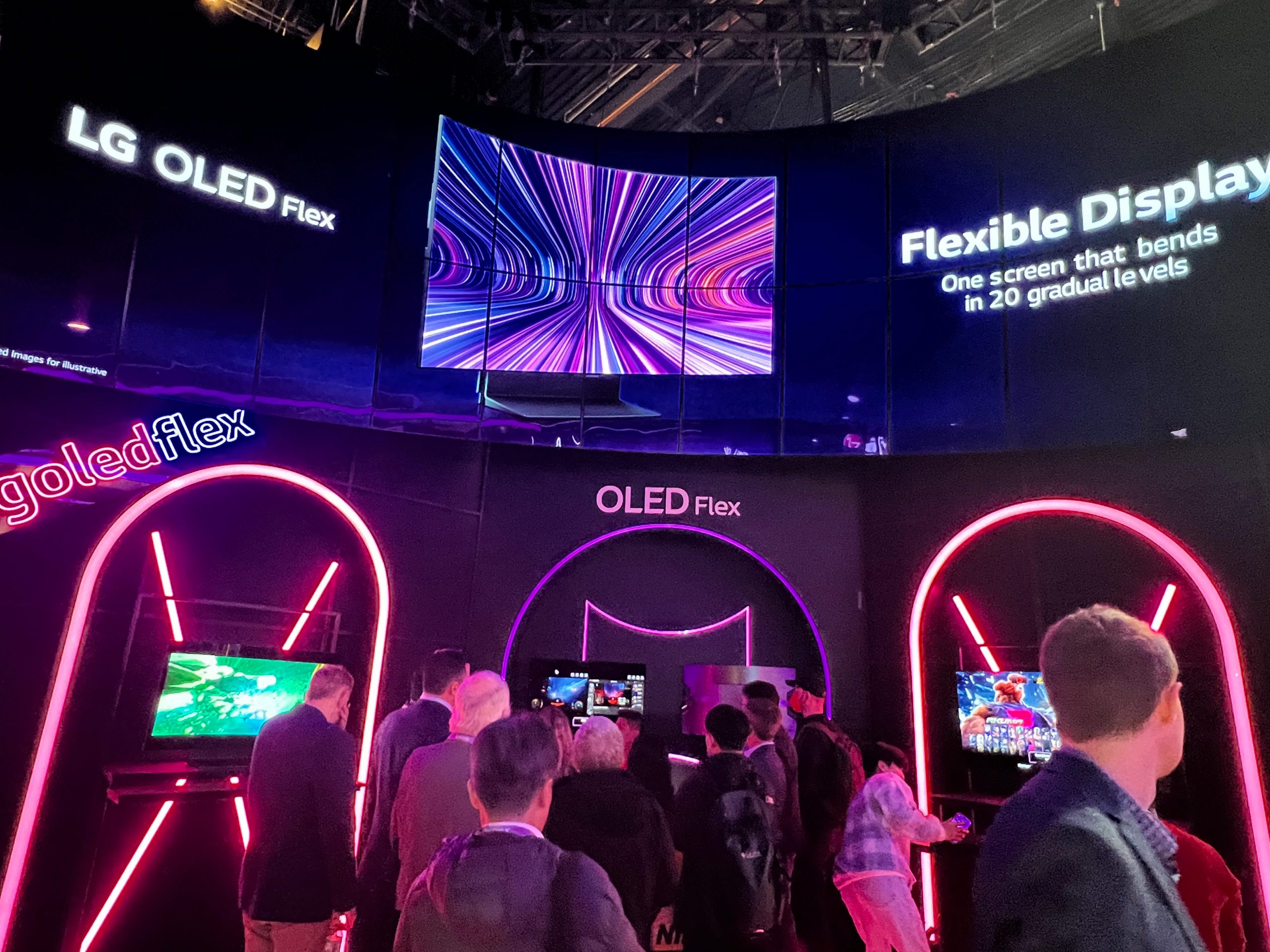 As we previously noted, LG is celebrating 10 years of OLED, and with that anniversary comes exciting new innovations. One such innovation is the LG OLED T, the brand’s new transparent screen. This TV is perfect for people who have to put their TV in front of a window or other view. When the TV isn’t on, the screen becomes see-through so you can see whatever’s on the other side. The wallpaper and lighting behind the screen really offers the full transparent experience—you can even hold your hand behind the screen. No release date for the OLED T yet. 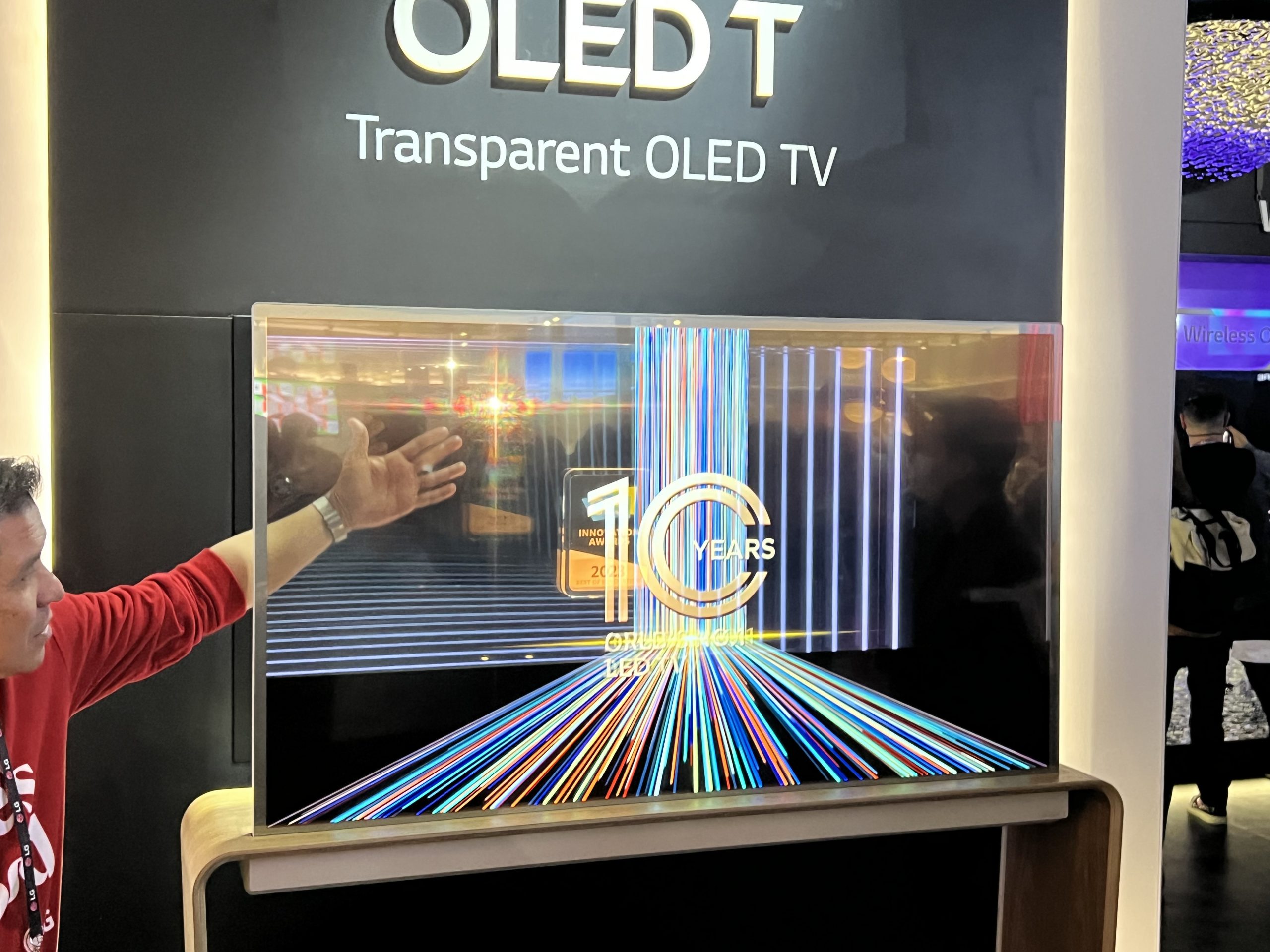 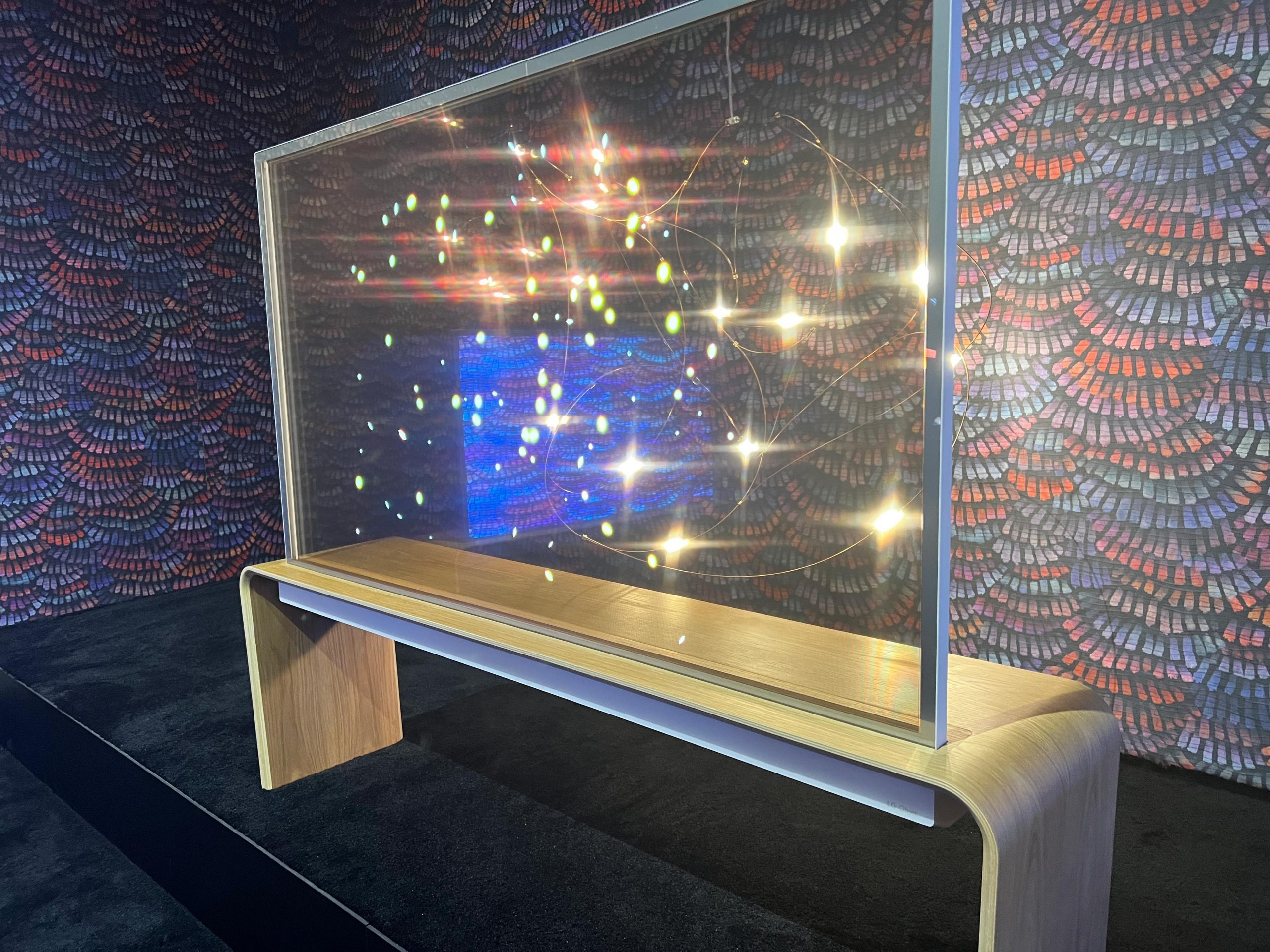 We also got to see their other new TV, the LG Signature Series M3 OLED. This is the industry’s first wireless OLED TV with unique tech that cuts the cord. The Zero Connect Box sends signals to the TV wirelessly and can be placed up to 30 feet away from the screen. No more messy wires when you hang up your TV? Sign us up. The whopping 97″ screen looks pretty amazing—maybe it’ll make its way to Abt! 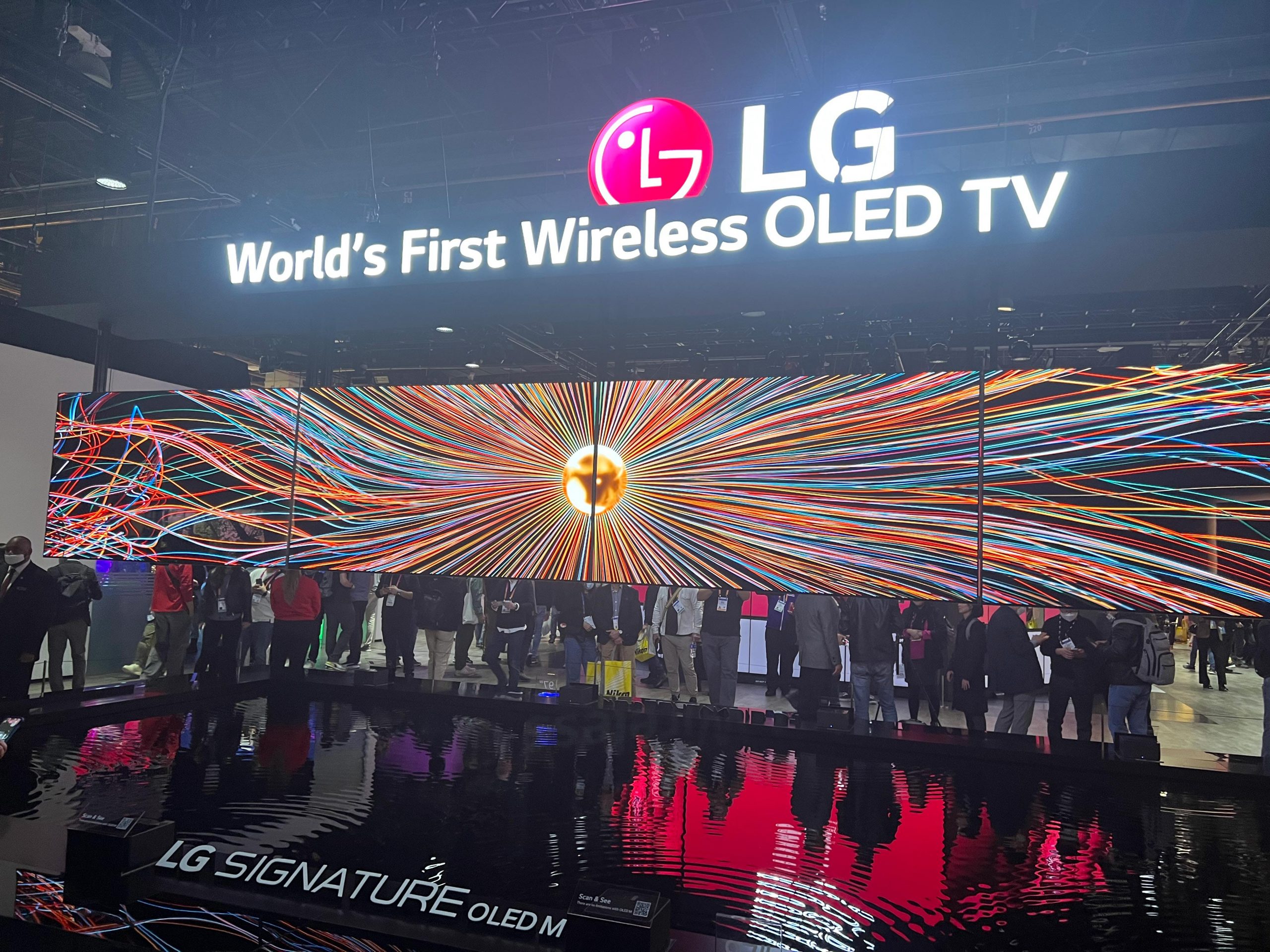 Our CES 2023 coverage has just begun. Check back later for more announcements from the biggest weekend in tech.