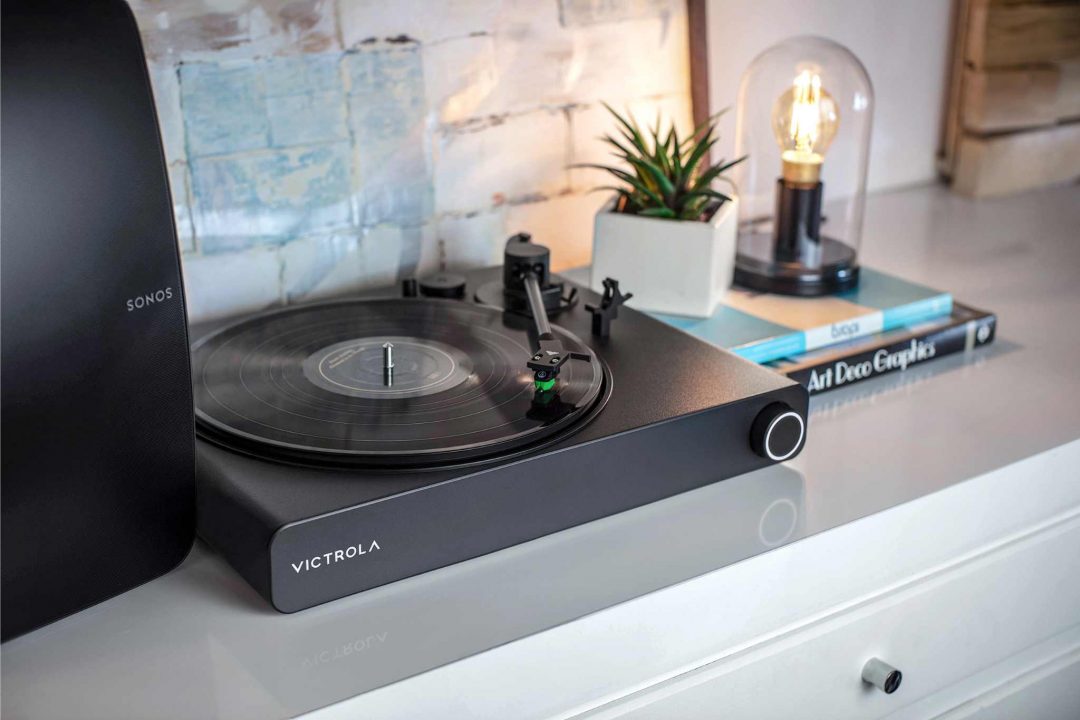 CES 2023 is just getting started on the west coast today, but we’ve already got head-turning technology. Between each year’s iteration of foldable and rollable screens, it’s nice to take a step back from bright monitors and TVs and listen to high-quality audio, and that’s what Victrola announced today with their Victrola Stream Onyx. The Victrola Stream Onyx is an evolution of last year’s Carbon model, and both are certified for Works With Sonos. That means it can stream records wirelessly to Sonos systems in your home, from soundbars to outdoor speakers. You need no extra equipment. This year’s model is significantly cheaper (an estimated $200 cheaper).

Onyx differs from the carbon model in its materials. Last year’s Carbon model is made with a metallic faceplate, inlay and control knob. The Victrola Stream Onyx is crafted with thick plastic instead. It’s completely black as well, with none of the silver that the Carbon model sports. Finally, a less-expensive cartridge on the Victrola Stream Onyx helps to bump the cost down even more. The molded plastic and cartridge help to make this turntable a more affordable model for those who still want the quality of Victrola with a product that works with Sonos. We’re excited to see what other great tech comes from CES alongside high-quality advancements in audio.