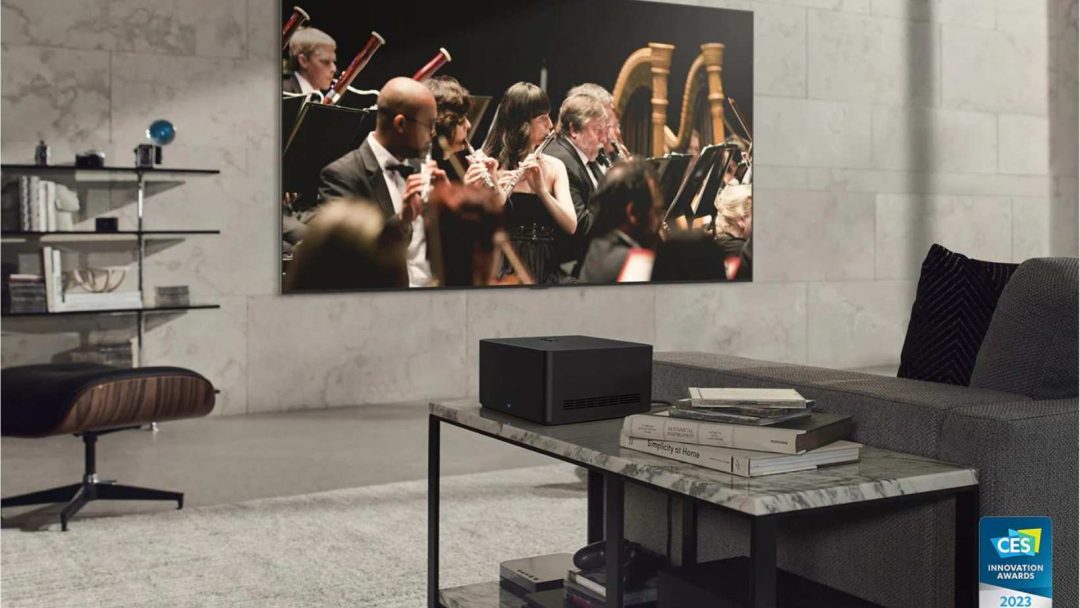 We’re back at CES 2023 to show off some of the greatest technology that’s been showcased during the convention. One of the highlights of the show so far has been different brands’ unique takes on existing technology, like wireless TVs (there are a few of them here)! LG displayed an OLED TV that falls into the “wireless” category, a magnificent new 97″ model. There’s no tangle of HDMI cords or optical wires that plugs into this wireless model. The Signature OLED M stands completely on its own, only requiring a wired power cable. Instead, it receives audio and video data wirelessly.

This LG TV comes with a Wireless AV box, which is where it does all of its connecting and transmitting. Plug in gaming consoles, streaming sticks and more here. LG has truly filled a niche that’s been difficult to unlock: those who want easy entertainment with less visible wiring. This model should be available later this year, along with an 83″ and a 77″ version.

Wondering how you can achieve a similar effect with your own TV? Our Learn Center has an article that shows you how to hide TV cords even without the 97″ Signature M series.