Since the debut of the first mass-market OLED TVs by LG a few years ago, the entire industry has been waiting for a second major player to start implementing the technology into their high-end TV lines. Sony had previously shown an OLED concept at CES, but it never made it to market. This year, they came out with guns blazing, revealing a new OLED set that just might be the most beautiful TV we’ve ever seen. Meet the the Sony Bravia OLED A1E:

Before the display is even turned on, the Sony Bravia A1E wows. A sleek, almost edgeless display and no front speakers give it a minimalist, monolithic appearance. It leans back slightly on an integrated stand (which also hides all of your cables) like a work of art on an easel. Turn it on and the picture is, of course, phenomenal. The OLED panel is powered by Sony’s top-tier X1 Extreme processing engine, which was featured in the company’s most recent flagship 4K TVs. Because it’s an OLED, the Sony A1E has the characteristic wide viewing angles and extremely-high contrast ratio, and will be compatible with both HDR10 and Dolby Vision. 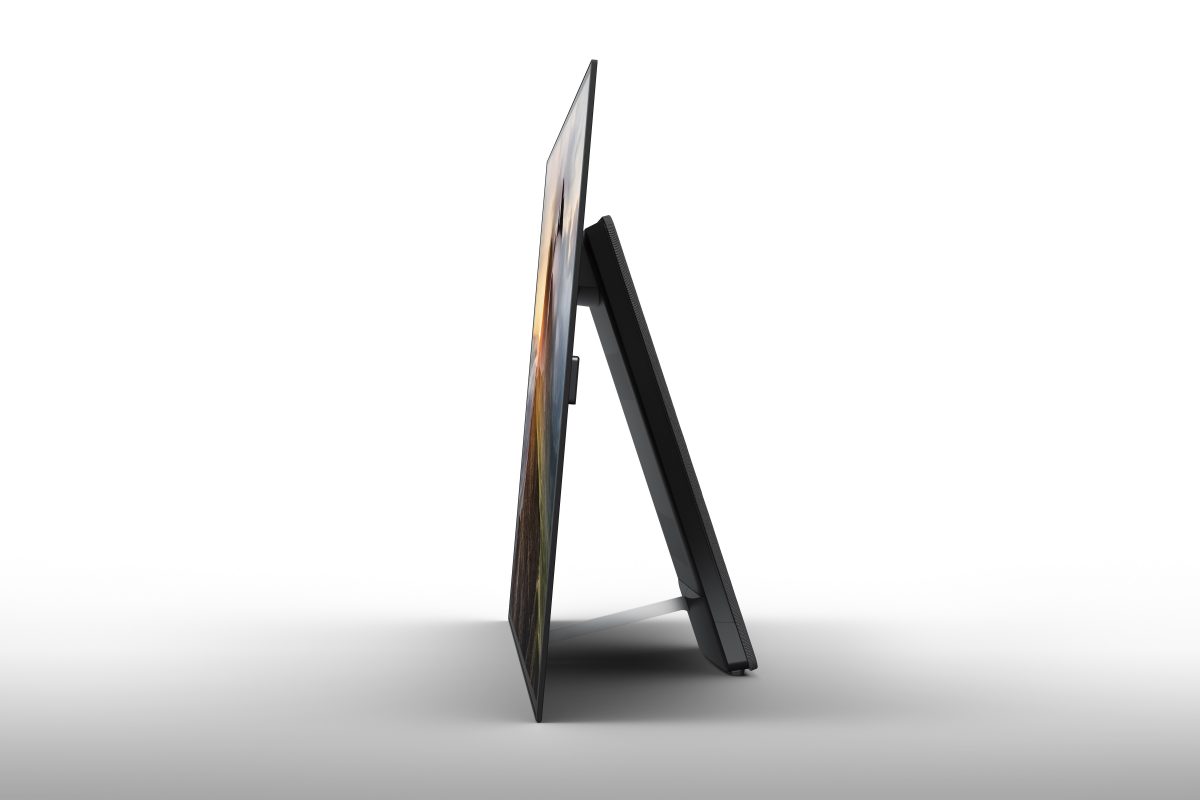 One of the most impressive features of the Sony A1E is a clever bit of engineering used to create sound. As mentioned above, there are not visible front speakers on the TV, which lends to the dramatic design. Instead, Sony implemented a technology called “Acoustic Surface,” which uses a quartet of audio actuators that use the actual glass panel of the TV to create sound. Essentially, the entire screen becomes a speaker, and with a subwoofer integrated into the stand the Sony A1E should be one of the best-sounding TVs in recent memory.

The horizontal bar across the back of the Sony A1E contains the acoustic actuators, which turn the entire panel into a speaker.

Tumi Luggage at Abt

Our upcoming Sony event is the perfect opportunity to witness stunning OLED technology in person. Witness the lifelike picture quality at Abt.