CES 2016: The Return of the Turntable

They say that everything old is new again, and it’s no secret that vinyl has been mounting a steady comeback over the last decade. But we were still surprised to see the presence that it commanded at CES 2016, with multiple manufacturers showing off new turntable models. What’s even more impressive is that these new releases are not just cheap trinkets from unknown companies hoping to capitalize on a craze. Two of the new turntables are from a pair of the biggest names in the business.

Along with a slew of new audio and video products, Sony touted a sleek, simple turntable with a trick up its sleeve. The Sony PS-HX500 is a well-constructed turntable that harkens back to the heydays of vinyl. A robust build—featuring a thick MDF cabinet with an insulated structure, topped by an aluminum platter covered by a thick rubber mat, and spun by a stable belt drive system—promises the ultimate in sound quality from your record collection. But, in true Sony fashion, the PS-HX500 turntable is designed to please the digital crowd, too. An integrated AD converter rips your tracks and converts them to High-Resolution audio (DSD format at up to 5.6MHz or WAV at up to 192Khz 24-bit) so you can listen on the go, getting all the nuances of an analog recording on your portable Sony Hi-Res music players. 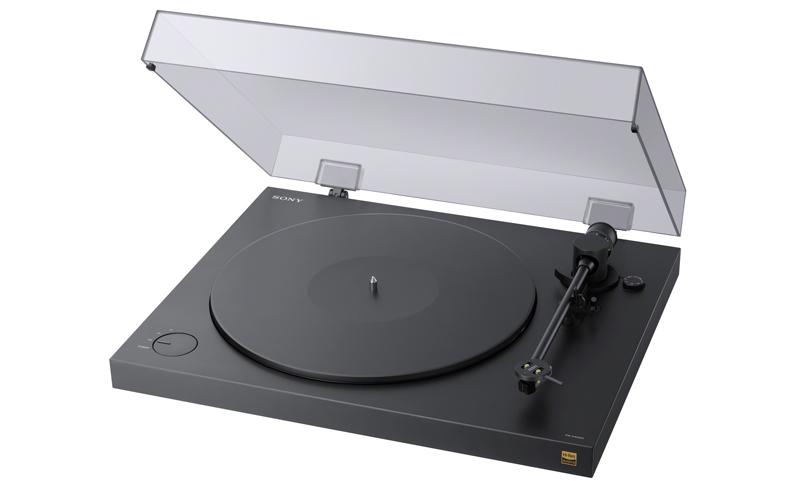 Panasonic also announced the re-release of one of its most beloved products, the legendary Technics SL-1200 turntable. The Technics 1200 was a long-time favorite among both vinyl purists and DJs until it was discontinued in 2010. This re-issue takes the SL-1200 and improves it, putting a larger focus on audio fidelity (the originals were more suited to DJ scratching than pure sound quality) with a new motor that’s less prone to vibration, as well as a new “high-dampening tonearm.” Unlike the Sony, the new Technics SL-1200 does not have any digital output options. This one’s about loving vinyl in its purest state. 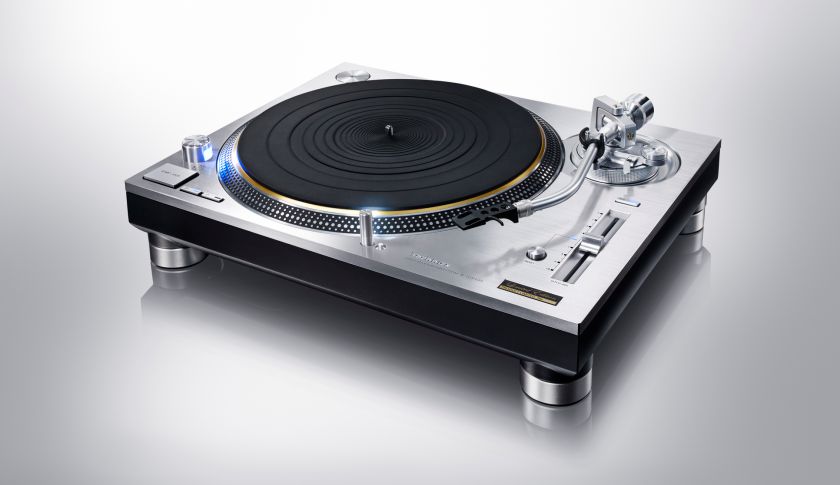 We also scoped out some new products from ION Audio, the company who may have helped advance vinyl’s comeback by bringing to market the original USB-connected turntable. The ION Audio Air LP took the analong-digital melding one step further by adding wireless streaming into the turntable. Users can throw their favorite record on the platter and stream music to any Bluetooth-enabled speaker, receiver, or headphones. We found out a little bit about the ION Audio Air LP, as well as their entire line of turntables, which run the gamut of features from integrated LED light shows to built-in speakers.