In the world of fitness, Fitbit is recognized as one of the most popular fitness tracking devices out there. This week at CES, the company unveiled its brand new FitBit Blaze – their second fitness watch to date. The Blaze is much different from what we are used to seeing from the brand and this year Fitbit has managed to deliver a Smartwatch that can compete in not only tech, but style as well. 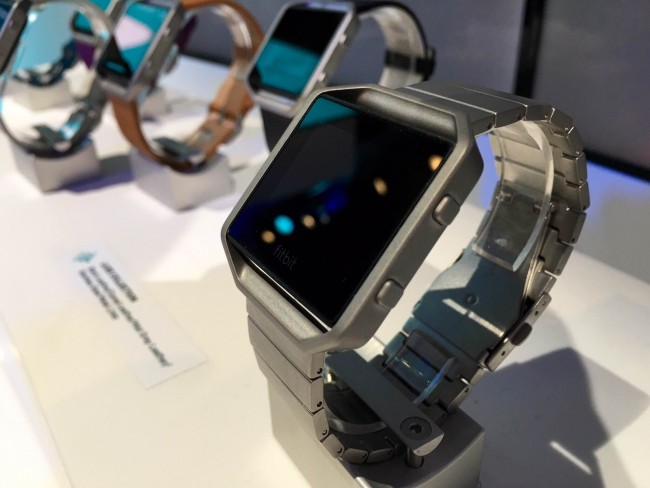 Close-up of the sleek Fitbit Blaze in a stainless steel band.

Considering that the company occupies about 88% of the total health and fitness wearable market, bringing style to their technology is something many consumers’ have been waiting for. The fitness watch features a colorful touchscreen display and a collection of stylish leather and stainless steel band accessories to choose from. You can wear a casual band for working out and easily swap it out for a fancier choice when going out for the night. 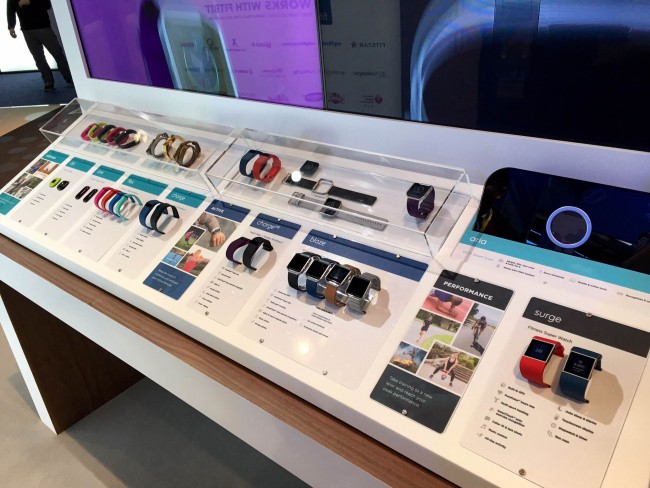 The main purpose of the FitBit Blaze is still heavily focused on monitoring your fitness. It includes features such as PurePulse™Heart Rate monitoring, Connected GPS tracking, and On-Screen Workouts. Unfortunately, it does not come with built-in GPS to track your fitness on its own. However, you are able to tether it to your Smartphone and bring your mobile device along for a run or bike ride to still track your route. Fitbit has also included On-Screen Workouts, a newer feature that allows you to choose from three popular workout plans accessible directly from your wrist. But perhaps the biggest difference that sets the FitBit apart from all the other fitness trackers is its SmartTrack feature. SmartTrack knows exactly what type of exercise you’re doing – without you having to touch a button. Whether you are hiking or bike riding, the built-in sensors detect your current workout and automatically log your movements for tracking. This applies to their sleep monitoring as well; the FitBit Blaze knows when you’re asleep based on your movements, so you don’t have to bother with simple tasks such as remembering to switch it into sleep-mode.

Last but not least, we absolutely cannot forget to mention that the Blaze fitness watch can also send notifications from your Smartphone to the watch. You are able to answer (or reject) phone calls, check out incoming text messages and receive calendar alerts, which is partially what allows it to hold a Smartwatch title!

All in all, the FitBit Blaze is a huge step-up for the brand in the wearable tech category. Not to mention, its thin and sleek design will surely appeal to fashionable health “techies” everywhere. Currently, it’s only available to pre-order for the retail price of $199.95, with an expected arrival date in March of this year.

The Best Smartwatches For Weightlifters

Not familiar with Hisense? You're about to be: the brand unveiled some incredible new launches and prototypes at CES 2017. Check them out on The Bolt.