It’s no secret that we love Alpine audio. Their lineup of Restyle in-dash navigation and entertainment units for trucks and SUVs has been immensely popular, with the X009-WRA system being the choice for our very-own Jeep Wrangler project vehicle. 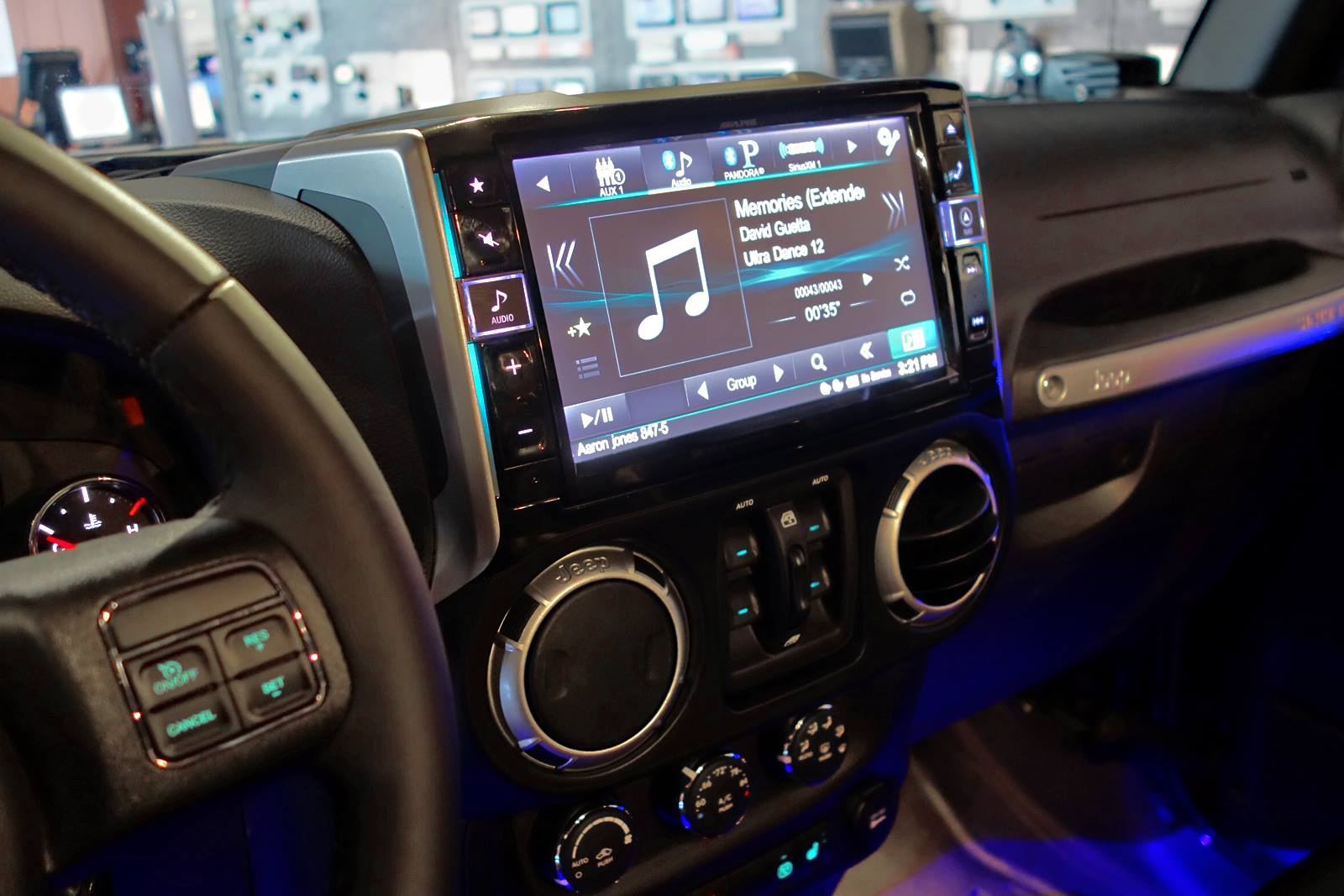 So we were stoked to spend some time at Alpine’s CES booth, learning about what they’ve got in store for 2016. As expected, much of the focus was on the continued evolution of the Restyle line, including improvements to the user interface for easier operation, especially in a truck. There’s also a new ability to control external vehicle accessories—like LED fog lamps or powered winches—from the in-dash touchscreen.

The main benefit of the Alpine Restyle system is the tight integration of in-dash systems into specific makes and models of vehicles, with minimal modification needed. You get the look of an OEM setup with the advantage of a much larger touchscreen and, of course, Alpine audio. Jeep Wrangler owners looking to Restyle their interiors will have a couple new options, including an Apple Carplay-powered unit:

And GM fans won’t be left wanting, either:

And a complete audio setup for your Chevy Full-Size Truck: