One of the great things about attending CES annually is not just seeing wild conceptual products, but getting to see how many of those products get refined from year to year, growing from concepts to readily-available consumer goods. An industry where that’s been most visible is 3D Printing. This year, we didn’t see anything as mind-blowing as the debut of the first affordable consumer-level 3D-printer. Instead, we got a look at the iterative advancements being made in the industry: more choices for consumers, more materials being used commercially, and advancements in the process that make 3D printing a quicker, more reliable option.

Further countering the criticism that 3D printers are only good for creating fragile trinkets, industry-leader 3D Systems unveiled a flagship commercial printer, the ProX DMP 320. This high-precision metal printer allows for not only rapid prototyping, but the creation of finished metal parts that can be used in critical mechanical systems.

The ProX is capable of some pretty impressive metalwork: 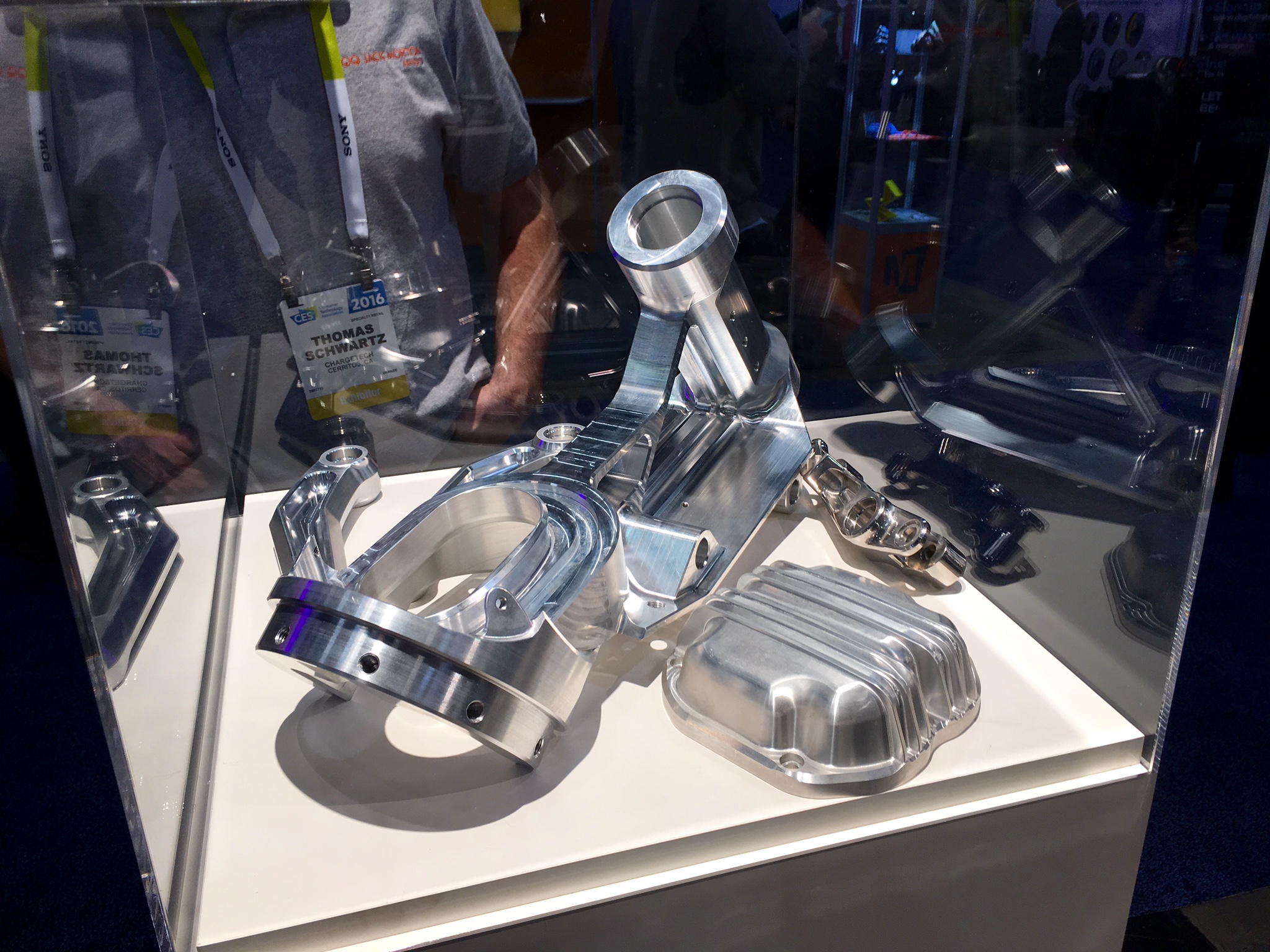 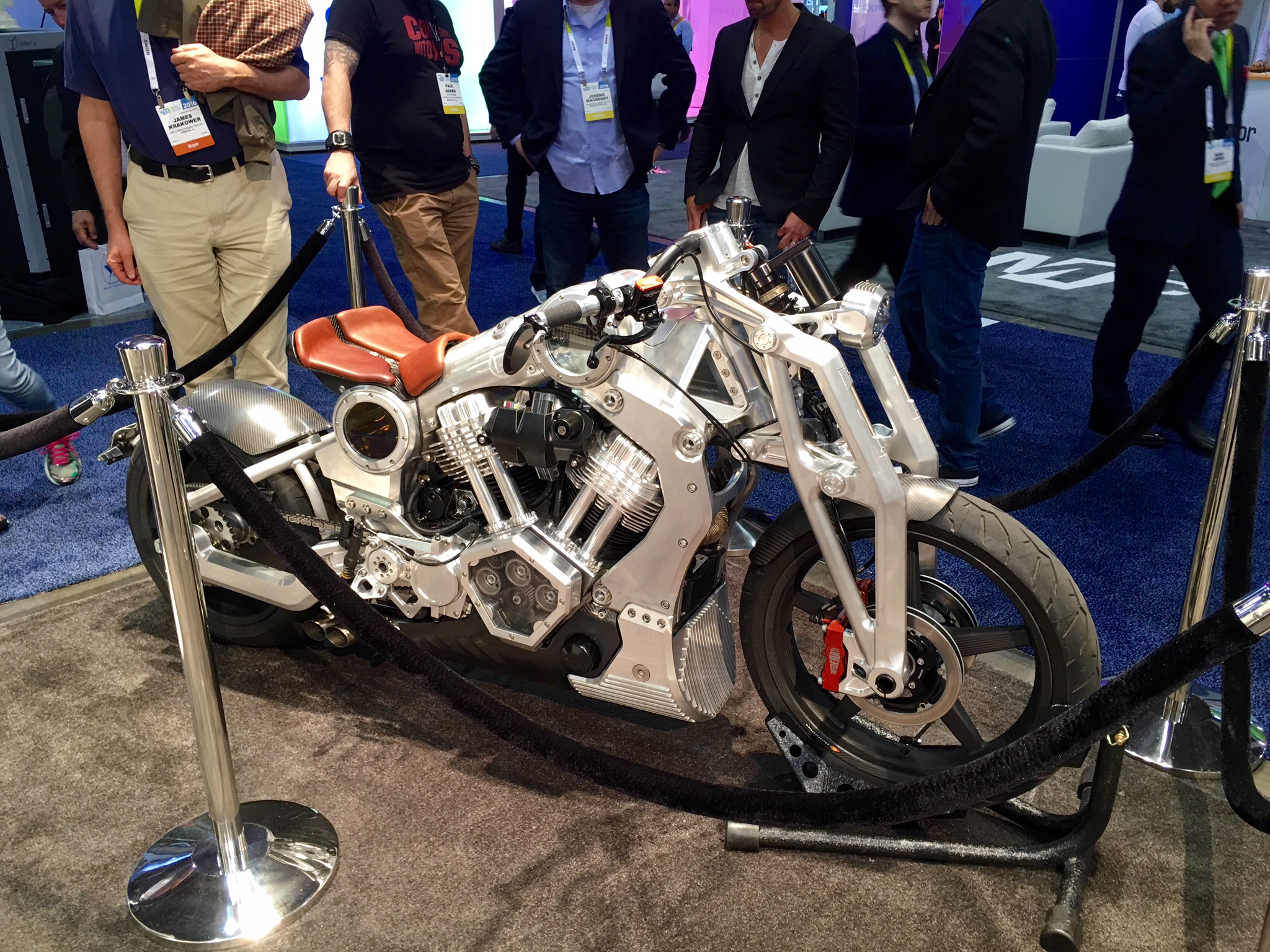 And while such a high-tech printer won’t end up in your house any time soon, the benefits of products that can be made quicker and more affordably could trickle down to all consumers.

3D Systems’ made-to-order service also gives weekend-warrior engineers the ability to get a quality one-off part made for a reasonable amount of money.

On the complete opposite side of the spectrum from tough steel vehicle parts, 3D Systems’ CES booth also featured delicate desserts 3D-printed from sugar. 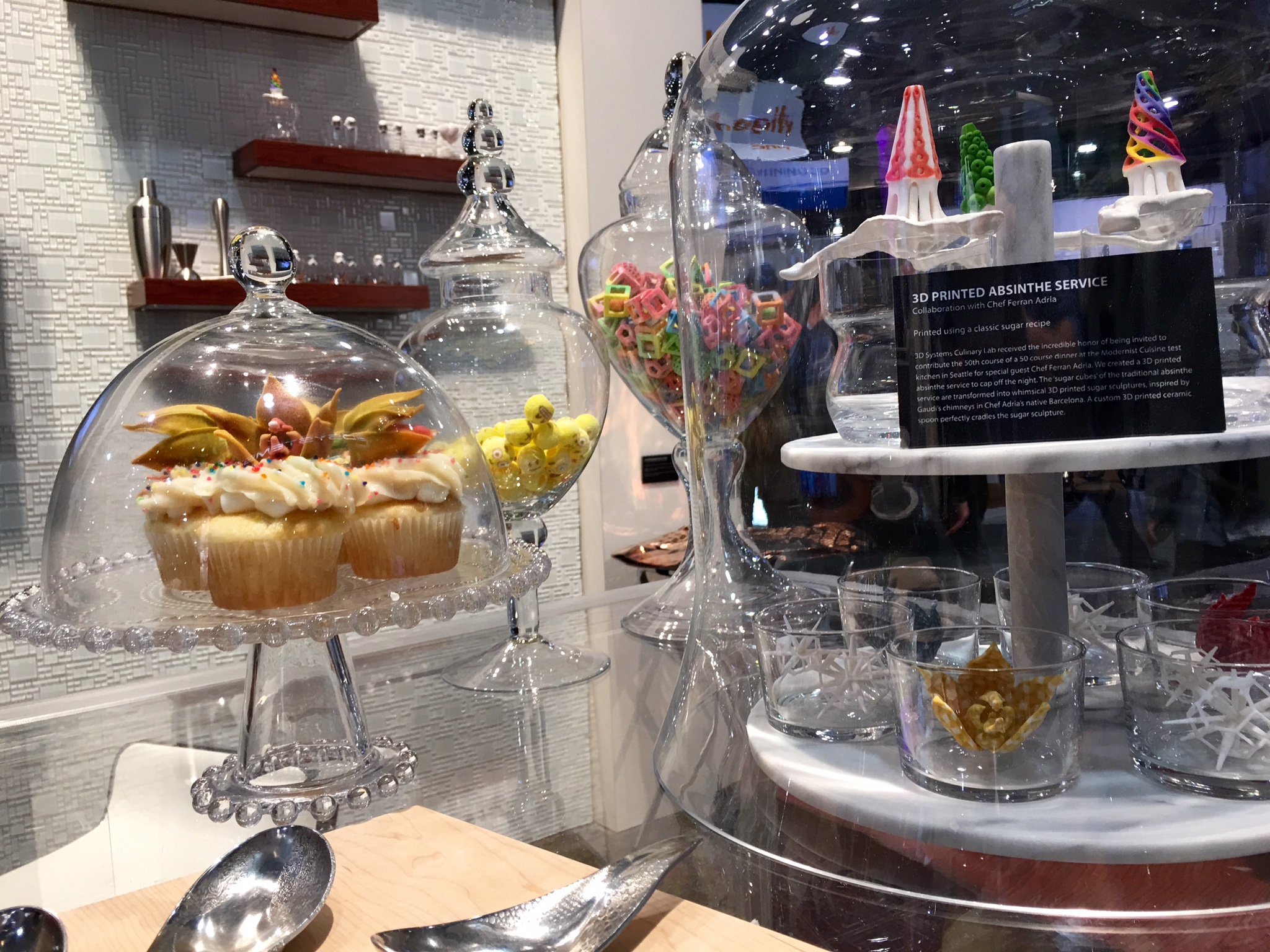 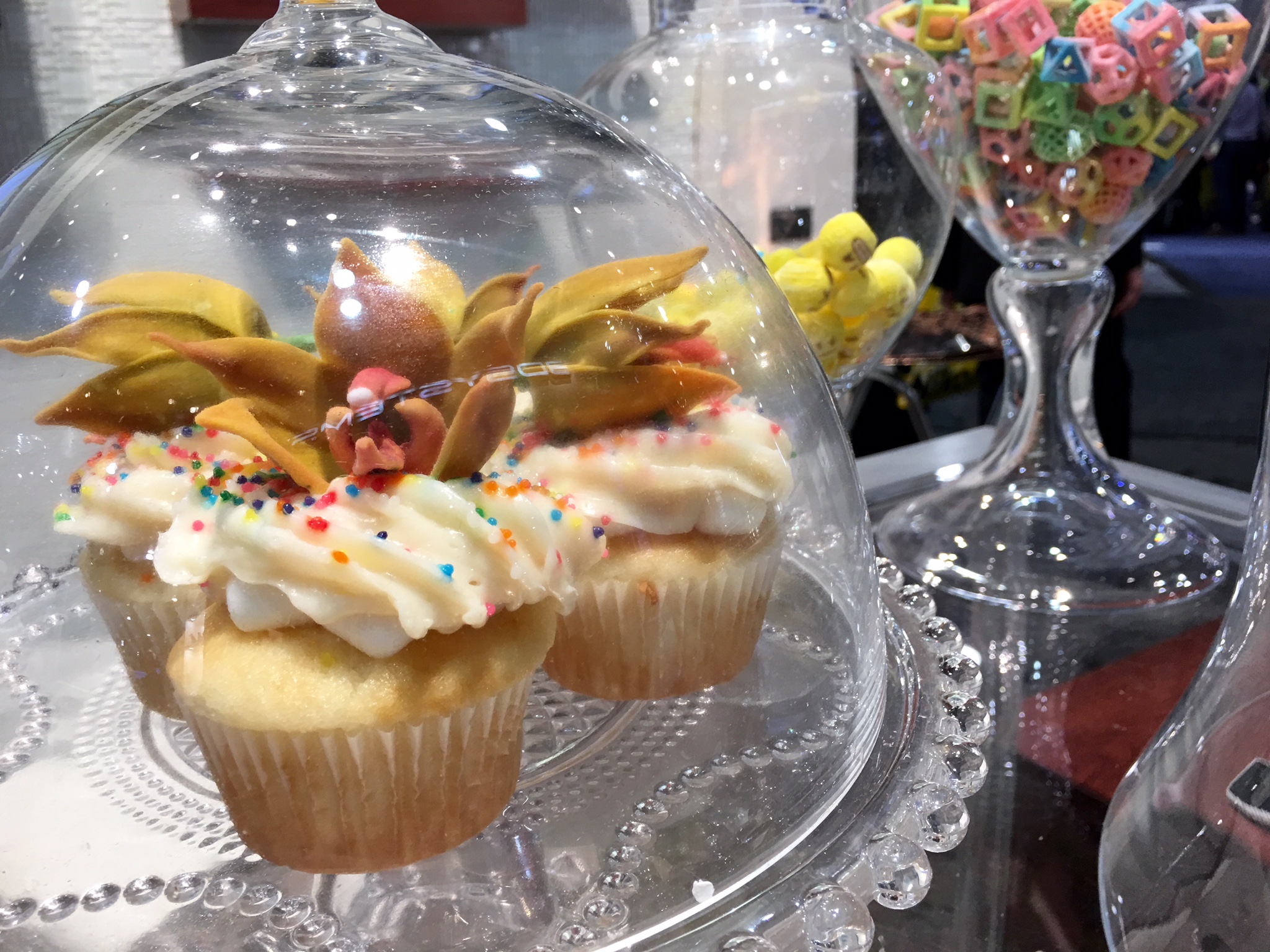 We also got a look at how companies are improving one of the major criticisms of 3D printing—the fact that it can take literally days to print complex parts. Gizmo 3D Printers promises to drastically cut down on printing time by using a print method different than fused deposition modeling, which is the process of printing an object by stacking tiny layers of plastic filament on top of eachother. Instead, Gizmo starts with a top-down DLP 3D print process—which uses pulses of light to cure resin into a hardened material—and enhances it with their “Super Speed” add-on to cut the hours-long process down to just minutes. Check out the video for more info:

One other company we caught up with was Robo 3D, who showed off some of their new consumer-ready 3D printers, which promise to make quality 3D printing easier than ever:

We’re definitely excited to see where 3D printing goes in the coming years!