This automotive gizmo puts the “Johnny Cab” from the movie “Total Recall” to shame. General Motors released a prototype of their GM EN-V.  This is an automated, two person seated, GPS controlled vehicle. It reaches speeds of up to 25 mph.  While not entirely fast, the benefits of such transportation are said to revolutionize urban transportation.  With built-in collision avoidance systems, it communicates with other cars and can predict accidents by adjusting speed or stopping completely.  The unit runs on two electric motors powered by lithium-ion phosphate batteries which can be charged via a plug in the wall. 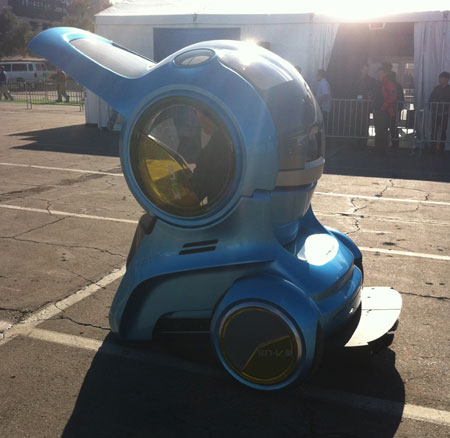