While the Consumer Electronics Show is the most publicly popular expo in the electronics industry, a lesser-known show occurs every fall, where companies show off their wares to a more focused crowd. The Custom Electronic Design & Installation Association Expo is a time for industry heavy-hitters and newcomers alike to show off new tech that might seem niche to the general public, but is often the foundation of complicated, custom projects around the world. As a retailer with a substantial custom audio and video design department, the CEDIA Expo is a chance for us to keep up with the cutting edge of home entertainment and automation tech. Here are a few of our favorite things from the show:

If you’re building the ultimate home theater, you need to start with the ultimate video source. Kaleidescape is best known as the maker of award-winning video servers and players that allow for easy cataloging, storage, and viewing of large catalogs of movies in both digital and physical formats. Kaleidescape products have offered perhaps the best option in the entire industry for anyone interested in serious storage and viewing of high definition movies. Well, they just upped the ante with the announcement of the new Kaleidescape Strato movie player. The Strato is the first and only video player in the world capable of playing 4K Ultra HD HDR (High Dynamic Range) content. By storing files locally (either by downloading them in advance or ripping from a physical source), the Strato offers a lag-free, no-buffering video stream, for a truly cinematic viewing experience. The Kaleidescape Strato also supports current lossless multichannel audio technologies like Dolby Atmos and DTS-HD Master Audio. It is expected to be available by early 2016. 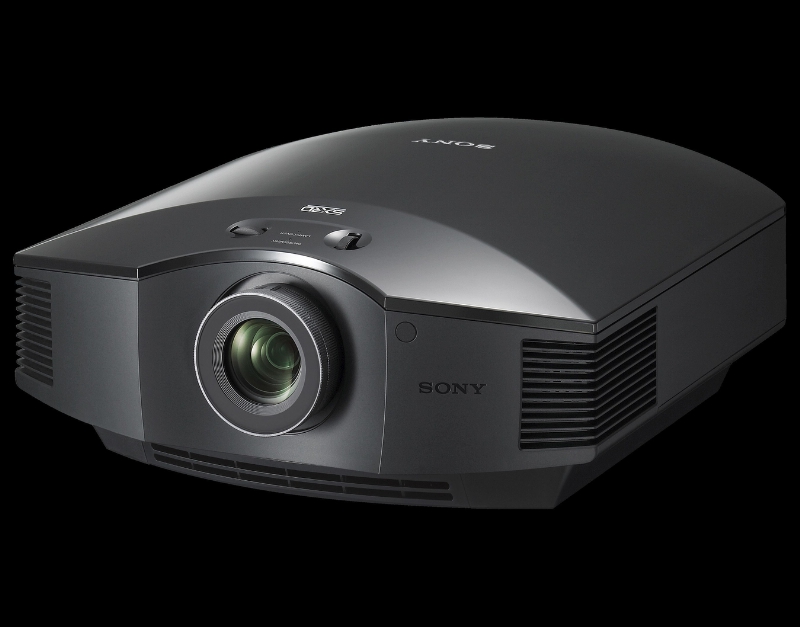 If you’re serious enough about your home theater to invest in Kaleidescape’s 4K player, you’re going to need a way to view that 4K goodness, and sometimes a TV just isn’t big enough. Thankfully, Sony’s got you covered, with a trio of 4K-capable home theater projectors.  Both the VPL-VW665ES and the VPL-VW365ES use Sony’s SXRD 4k panels to display a native 4K picture, i.e. with no artificial interpolation or manipulation applied. The Sony TRILUMINOS engine provides a vibrant picture with rich, accurate colors, and integrated professional calibration features ensures the picture stays that way. While both look to be stellar projectors, the VPL-VW665ES is also capable of receiving and projecting HDR 4k content with a 300,000:1 dynamic contrast ratio, for that added wow factor in the projected image. Both of these projectors should be available this month.

But if you’re looking to put the local cinema to shame with your personal home theater, you might be more interested in the Sony VPL-VW5000ES, which is already being called “the ultimate home theater projector.” In addition to  killer specs like the ability to play 4K HDR content at 60 fps, the 5000ES leverages a laser light source to provide a staggering 5,000 lumens of brightness, compared to the 1,800 lumens created by the lamp in the 665ES. The high level of brightness allows the high-end projector to create an almost limitless contrast ratio, on par with that of an OLED display. Some added benefits of the laser light source are a quicker start-up time, consistent brightness over the life of the light, as well as a lifespan much longer than that of a traditional mercury lamp. The VL-VW5000ES is scheduled to hit the market in spring of next year. In the meantime, you can find out more about it in this video:

You know those crazy scenes from police shows, where the IT guy uses a computer program to “rotate” some surveillance video to find the identity of a bad guy, even though the camera was pointing in the opposite direction? Well, we might be closing in on a day where that’s not so unbelievable. The IC720 video camera, from security camera company ICRealtime, brings a new dimension to video footage. By using a pair of opposing panoramic lenses, built-in gyros and a system that involves 23 different patents, the IC720 captures 360° of completely immersive HD video, with no blind spots.  It records literally everything surrounding the camera, and presents it an interactive video allowing viewers to change perspective at any time. And while IC720 could work well as a security camera, it’s bound to find a large following in the world of adventure sports, real estate and tourism companies and beyond. We’re looking forward to seeing more videos like this one (hint, click and drag your mouse anywhere on the video, or tilt your device if you’re on mobile).