The Abt Atrium is host to a variety of mini boutique shops, where customers can find products displayed with a tighter focus than on the general salesfloor. Scattered around the atrium, you’d also find a variety of entertaining or educational exhibits, like our tribute to Thomas Edison. And then there are a handful of open spots, which we like to fill with a rotating selection of unique items like a full-scale airplane model, a soccer stadium for robotic vacuums, or just a simple Ferrari 458 Spider.

Today, we welcomed a new guest that might be the most exciting yet: an authentic IndyCar, the Bryan Herta Autosport IndyCar  Show Car, sponsored by Bowers & Wilkins. 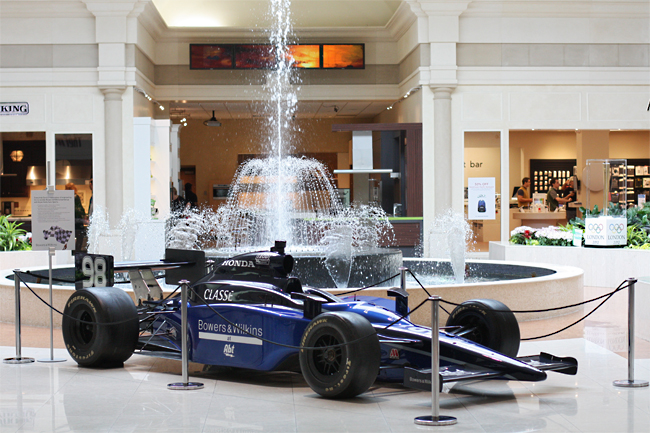 The Bryan Herta Autosport IndyCar Show Car, sponsored by Bowers & Wilkins, making a pit stop in the Abt Atrium.

The car we’re hosting is not just a fancy show-car, either. While now retired, this IndyCar has an extensive, race-proven history. It qualified for the Indy 500 six times, with an average qualifying speed of 224mph. The cockpit has been home to multiple race-winners, including Ed Carpenter, Ryan Hunter-Reay and Sebastion Saavedra. In the 2010 Indy 500 the car was crashed in competition. Rebuilt for the 2011 season, the car served as back-up and test vehicle for that year’s eventual Indy 500 winner, the late Dan Wheldon. 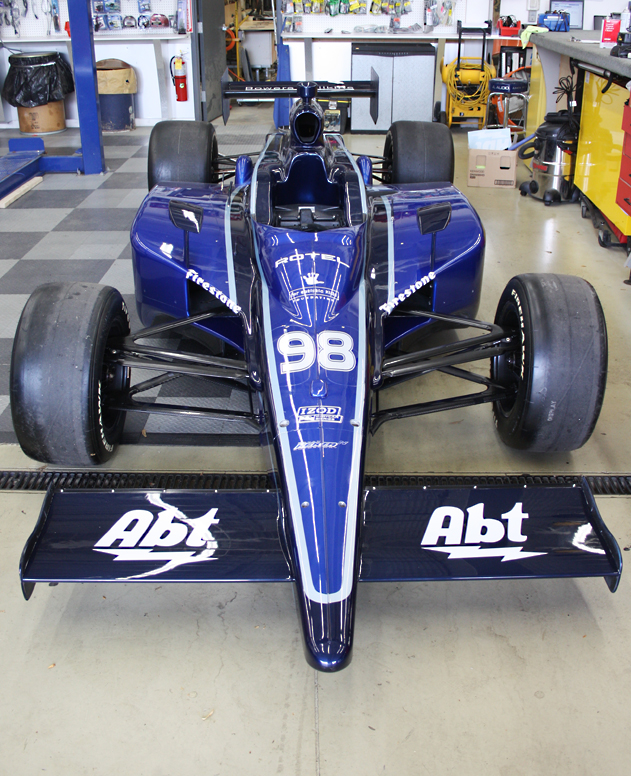 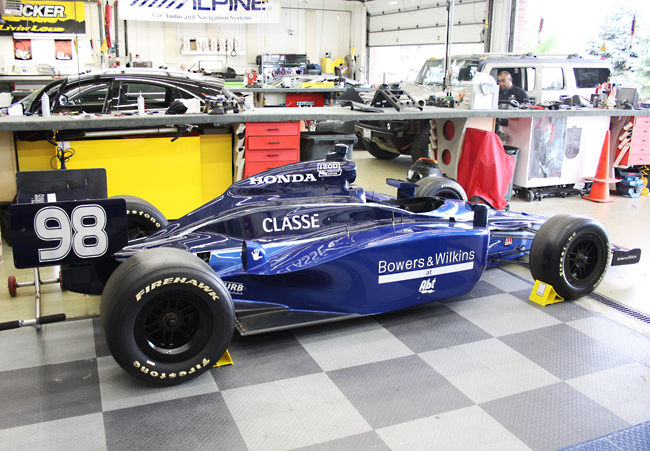 Getting a final polish in our custom audio shop.

In 2012, Bryan Herta Autosport, an IndyCar team based out of Indianapolis, Indiana and the car’s current owner, retired it from competition. Since then, it’s acted as an ambassador for the team’s sponsors and the  IZOD IndyCar series, making stops at trade shows and events across the country. One of Bryan Herta Autosport’s main sponsors is Bowers & Wilkins, the speaker manufacturer that Abt recently started carrying. As part of our new relationship with B&W, they arranged for the car to make a stop in our atrium. 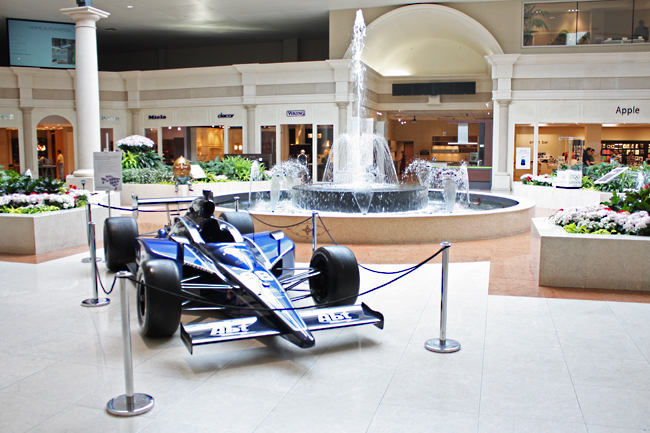 The B&W IndyCar will only be here for a short period of time, before it has to continue on its sponsorship tour. And before you ask, unfortunately the answer is “no, you can’t sit inside it.” 🙂 The truth is, besides being a very expensive piece of high-tech racing equipment (the car cost $1.8 million to build, including the engine), the cockpit is truly tiny. It’s difficult to tell when watching racing, but these cars are remarkably small. However, we’re glad to let you come take your photo next to it. So if you’re in the area, stop by Abt. Come by on Saturday or Sunday and enjoy some coffee and fresh-baked chocolate chip cookies while you dream about what it would be like to race an IndyCar down Lake Shore Drive…