Buying a TV for the Super Bowl: The Best Sets For the Big Game

If you’re buying a TV for the Super Bowl, Abt has something to fit every budget and space. 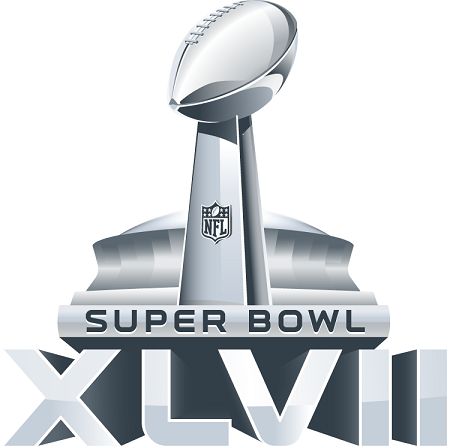 With a selection encompassing all sizes and price points, Abt has the right TV for your Super Bowl Party.

We probably don’t need to mention that The Super Bowl is mere days away. It’s a good bet that most of America will be tuning in, whether to watch a heroic battle between hotshot quarterbacks, the epic halftime show or dozens of legendary commercials. If you’ve been thinking of upgrading your TV set, there’s no better time than just before the Big Game. We had Steve P., one of our TV Sales Specialists, give us a run-down of some of the hottest TVs—at all sizes and price-points. So here’s our list of this year’s best Super Bowl TVs, whether you want to spend less than $500, or if money is no object.

The Samsung is our choice for entry-level flat panel TV especially suitable to sports fans. The 600hz subfield motion of the plasma panel displays video without the stuttering that occur when watching fast-motion on an LCD TV. The PN43E450 is a 720P TV, but At 43″ you won’t notice a difference. It’s big enough for a small football-viewing party, but still compact enough to fit in a small room, at a price so low you’ll think it’s a mistake. Call it the perfect dorm-room Super Bowl TV.

Our next Super Bowl TV is also a plasma, but a bit larger. 50″ is a great size TV for the typical viewer, perfect for the average-sized family room. The Panasonic TC-P50UT50 displays 1080p Full HD, and is 3D-Capable. While the Super Bowl unfortunately won’t be broadcast in 3D, this plasma TV does have a built-in 2D-to-3D conversion mode which, while not as effective as a true 3D broadcast, will add some extra depth to the game. Of course, there’s plenty of 3D content readily available, so you can buy this TV for the Superbowl knowing that you’ll get plenty of use out of it all year long.

We’re stepping up in size again, and moving to different technology, still without breaking the bank. The LG 55LS4500 is an LED TV, which makes it extremely thin, at less than 1.5 inches deep. LCD and LED TVs can get a bad rap, with complaints about motion blurring due to a slow refresh rate. LG solves this with its TruMotion 120hz technology, which renders high-speed action with little to no motion blur. Combined with its 1080p display and Picture Wizard II easy image calibration system, you’re guaranteed to be wowed watching the Super Bowl on this TV. And you’ll be able to do it for well under $1000.

This Sony TV will take your Super Bowl viewing into the big leagues, in both picture quality and sheer depth of features. You’ll be wowed by 60 glorious inches of Full HD 1080p football action, a picture worth of the Sony name. Motionflow XR 240 Technology keeps moving images looking smooth, while Clear Image Enhancer boosts image clarity, for a picture with such depth and brilliance you’ll think you’re sitting in the Superdome. The Sony KDL60EX645 is Wi-Fi ready, so during commercials, you can post your game analysis to Facebook without ever leaving your couch.

The Sharp AQUOS is our nomination for the “space is not a concern” Super Bowl TV. Sharp packed a ton of features into this set, but let’s be honest, there’s only one figure worth discussing here: Size. At 90-inches, the Sharp LC90LE745U is larger than four of the Samsung PN43E450 arranged in a grid. 90 inches is…BIG. With the included pedestal, the Sharp AQUOS is four feet tall and nearly seven feet wide. There’s no way to get a larger picture in your house without moving to a dedicated projector and screen system. If you do happen to be interested in other features, rest assured the Sharp’s got ’em: AQUOS 3DTV for a bright 3D experience, AquoMotion 240 to eliminate motion blur and, built-in Wi-Fi, and, of course, a full HD 1080p display.

Wait, what? There’s something better on which to watch the Super Bowl than a 90″ LED TV?  Yep, and in this case it’s not simply a matter of bigger being better. Both the LG and Sony measure in at 84 inches on the diagonal, smaller than the Sharp LC90 by half a foot. What makes them both so special is the fact that these beauties are the world’s only readily-available 84″ 4K TVs. 4K (or UHDTV), as we’ve discussed before, offers four times the resolution of full HD 1080p, for image quality that rivals real life. When the highest picture quality possible is your ultimate goal, you’ll find no better way to achieve it than with a 4k TV. The only obstacle right now, unfortunately, is that nothing is being broadcast in the UHDTV. However, as on the 3D TV mentioned earlier, these 4K TVs both have built in upconverting-engines, which will take 1080p content and upscale it, making it look better than anything you’ll find on a regular Full HD TV. Eventually, as 4K Broadcast becomes reality, watching the Super Bowl in UHDTV will be better than sitting on the 50 yard line. The Sony and LG 4K TVs are our vote for “picture quality matters, money doesn’t” Super Bowl TVs.