This morning we had the pleasure of following the excellent live blogging skills of Tim Stevens and Darren Murph from Engadget as they relayed every useful bit of information Apple had for us. First off, kudos to the team at Engadget. The blog was seamless, to the point, and the pictures were perfect. Although we didn’t get any big information on an Apple TV set, or the iPhone 5, Apple gave us plenty of details and features to get excited about. The newest generations of the MacBook (Air and Pro) were debuted as well as their lifeblood, OS X’s, newest Mountain Lion update. Read more for everything you need to know about Apples newest line of “The Best Products Yet.”

The new models will feature Ivy Bridge processors (up to 2.0 GHz i7), 8 GB of 1600 MHz of RAM, and “60% faster (integrated) graphics.  512gb of flash storage will read your data 2x faster than the current model and yes, ladies and gentlemen, we have USB 3.0. For those unaware, this means you can transfer your favorite music, movies, pictures and other files 10x faster than traditional USB 2.0.  These beautiful machines will start at around $999 – $1099 and began shipping today!

As most of you might already be aware, Apple discontinued their $999 MacBook model but, seems to have reestablished their market segmentation be offering two new MacBook Pro models – sort of like a MacBook Pro and a MacBook Pro Pro. The first series will feature the Ivy Bridge chip series, 8GB 1600 MHz RAM and again, 60% faster integrated graphics.  Apple said the 15″ model will have a Kelper GeForce GT 650M with up to 1 GB video memory – a very nice touch for Mac gamers. We will also see USB 3.0 on these models as well. The 13″ model will start around $1199 and run up to $1499 for the dual-core i7 models. The 15″ will go from $1799 to $2199 for the faster model. We will not see a 17″ model in the lineup as Apple has quietly discontinued this option. Both the 13″ and 15″ will still have around 7 hours of battery life.

Thinner (.25″ thinner to be exact), lighter (4.46 lbs) and with 220 pixels per inch (over 5 million total pixels!), the next generation MacBook Pro is a beast to be reckoned with. Weighing less than the human head (thanks Jerry McGuire!), Apple has integrated the glass display directly into the body to create a thinner profile. The Retina Display has over 3 million more pixels than HDTV and makes “reading your email like reading fine print, and surfing the web magazine-like” says Apple. Another big improvement is the addition of 768GB of Flash storage space making storing and retrieving your files faster than ever before. The optical drive becomes legacy technology but, there are  SD, HDMI, USB 3.0, MagSafe2 or Thunerbolt ports for all the data transfer you could dream of.

Some other features you’ll see on this juiced up MacBook Pro is a glass trackpad, backlit keyboard, Facetime HD, and dual mircophones with beam forming “new generation” voice apps, and stereo speakers. This powerhouse will start around $2199 for the 2.3 GHz quad-core chip, 8 GB of RAM (up to 16), 256 GB of flash storage, and begins shipping today. Since you can upgrade as you wish, a three-grand price tag isn’t that far away. Oh yeah, in true Apple form, these MacBook Pros have a 5.2 Energy Star Rating, are arsenic free, and are all recyclable.

For the low price of $19.99 Mac users will be able to upgrade to the new OS X Mountain Lion sometime next month. A big focused was placed on iCloud integration and app-optimization. We will see iCloud features all of Apples “key” applications like messages, reminders, notes, and document-based apps.  Users will be able to sync all their data across of all their devices including Safari tabs, and changes made to iCloud documents. Users will be able to receive a message on their iPhone and respond on their Mac, something we’ve been waiting on for a while. Dictation software also makes its way into the OS X platform as users will be able to talk into Facebook and other third party applications. The new Safari will have a unified search field (like Google Chrome), Twitter and other sharing integration and, as stated before, tabs that sync across all devices and since they can push URLs, users can pick up exactly where they left off when switching devices.Macs also got a new “Power Nap” feature wherein the Mac will continually update and sync itself when offline – it will even back itself up when charging.

While the new MacBook Pro models will not ship with OSX Mountain Lion but will be upgraded free of charge.

Abt is ready for all this new Apple love. We have expanded our current Apple store to make room for everything new! Come in and check it out!

As always, tell us what you think. Did Apple impress you? What was your favorite unveiling and what’s got you the most excited? Leave anything and everything in the comments below.

Treat Yourself to Denon 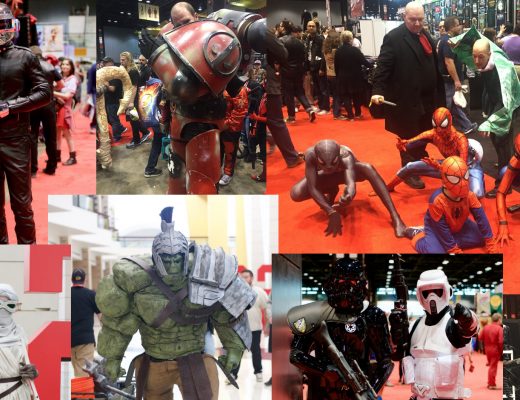 Gear Up for Comic Convention Season!