Apple held its annual Worldwide Developers Conference (WWDC) today in San Francisco, and despite rumors of a Steve Jobs reappearance after several months away due to health reasons, the Apple CEO remained behind the scenes. What did emerge, however, were details of several new upgrades to current products, presented by Phil Schiller, Apple’s senior vice president of Worldwide Product Marketing, and several other guest speakers.

The biggest news, of course, was the release of the latest version of the iPhone—the iPhone 3G S. It launches messages and loads websites more than twice as fast as the previous version, has a new 3 megapixel camera that supports video at 30 frames per second, and offers voice control and increased battery life, along with many other tweaks and upgrades. The design of the phone is the same, but now it’s made with “greener” materials. It will be available on June 19 at $199 for the 16GB model and $299 for the 32 GB, with the current version’s 8GB model now priced at $99.

The new iPhone 3.0 software will be available on June 17 and will be free for iPhone owners but $9.95 for iPod Touch owners. New features include MMS and tethering (but not from AT&T until later this summer), HTTP streaming audio and video, auto fill, and a new “Find My iPhone” function that shows on a map where a user’s lost iPhone is located and allows for remote deletion of personal information. 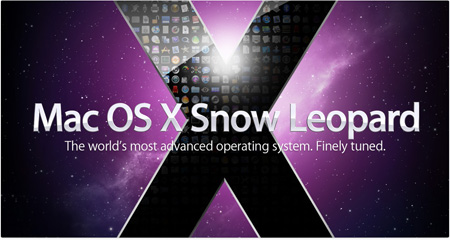 The new Mac operating system, OS X Snow Leopard, will be available in September for only a $29 upgrade fee for current Leopard users and just $10 for those who purchase an Apple computer between now and December. Among the new features are faster Quick Look previews and Spotlight searches, built-in Microsoft Exchange Server 2007 support for Mail, Calendar, and Address Book syncing, and Crash Resistance, which keeps the browser and tabs intact even if a plugin crashes. Snow Leopard also has half the footprint of the current Leopard, resulting in 45% faster installs. In addition, Apple released Safari 4, which the company touts as the world’s fastest and most innovative web browser.

On the hardware front, Apple introduced new 13-inch, 15-inch, and 17-inch MacBook Pro models featuring 40 percent longer battery life and other upgrades, with some models priced at $300 less than previous versions. The new MacBook Air with a 128GB SSD now goes for $1799, which is $700 less than before. All of the new MacBook Pros and MacBook Airs will be arriving soon at Abt, so be sure to check our website for availability.     —by Graham W.