Today a slew of new Apple products were unveiled in the 2021 Apple Event, Apple Keynote. Apple CEO Tim Cook led the keynote presentation which introduced tons of new content for Apple TV+ as well as the next generations of Apple Watch, iPad and iPhone. If you missed the event, we’ve compiled a handy recap that summarizes the biggest announcements and new features from the hourlong event.

Introducing an All New iPad

The iPad is an incredibly versatile device, striking a balance between the portability of a smartphone with the power of a computer. With the mighty A13 bionic chip, these tablets are 20% faster in every aspect including CPU, GPU and neural engine. The chip makes this tablet more responsive in every aspect whether you’re working on an illustration or playing games. With a new 12MP Ultra Wide camera, you’ll notice a huge leap in image quality. The new iPad will also inherit a popular feature from previous iPad Pro models: Center Stage. Center Stage improves video calls by detecting people and adjusting the frame as they move for a more immersive experience. It can even be used to create videos on TikTok. Say goodbye to harsh brightness with True Tone, a feature that detects the color temperature of a room and adjusts the display accordingly. The new iPad is available next week.

If you’re looking for a more compact option, a new iPad mini was announced as well. This generation brings the biggest upgrade ever to the mini with a complete redesign: a new all-screen design and purple, pink, Starlight and Space Gray color options make this the best-looking mini yet. Liquid Retina display and True Tone display offer vivid pictures and graphics without harsh brightness. An industry-leading anti-reflective coating make the iPad mini usable in any environment. To top it off, the mini features 40% faster CPU and 80% faster GPU performance. 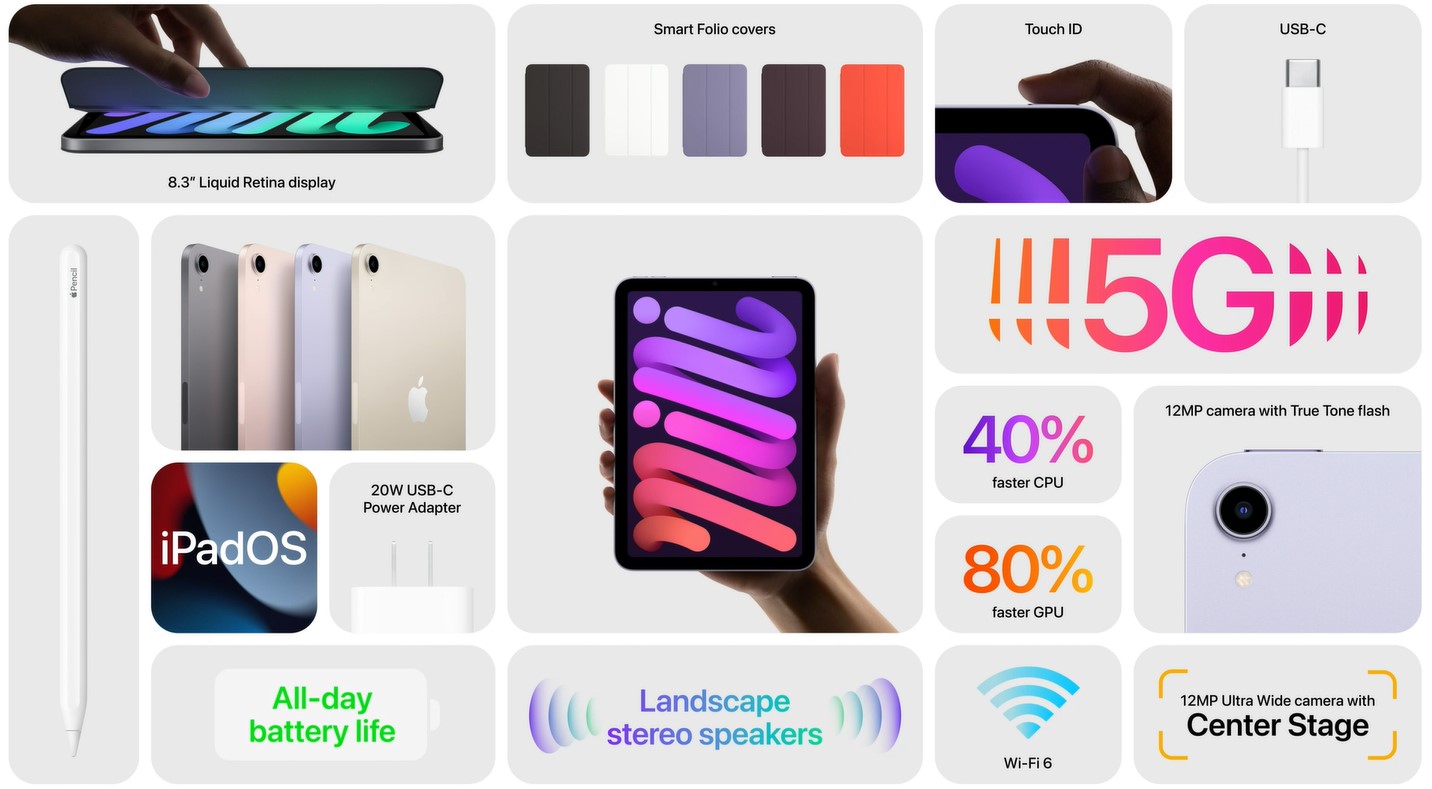 Apple Watch Series 7: Brighter and Bolder Than Ever

Those looking to bring Apple tech everywhere will love to hear that Apple Watch Series 7 is coming, too. The larger Retina display offers a 20% larger screen than its predecessor, the Series 6. New features for cyclists are amongst the highlights, with watchOS 8 able to detect when you start and stop riding. Softer, more rounded corners and a subtle wraparound effect add aesthetic appeal to the new Apple Watch. Up to 70% brighter indoors, you can discreetly check your watch no matter what lighting you’re in. The new Apple Watch Series 7 is the ultimate outdoor companion thanks to its crack-resistant front crystal and IP6X dust resistance. Apple Watch Series 7 will be available later this fall. 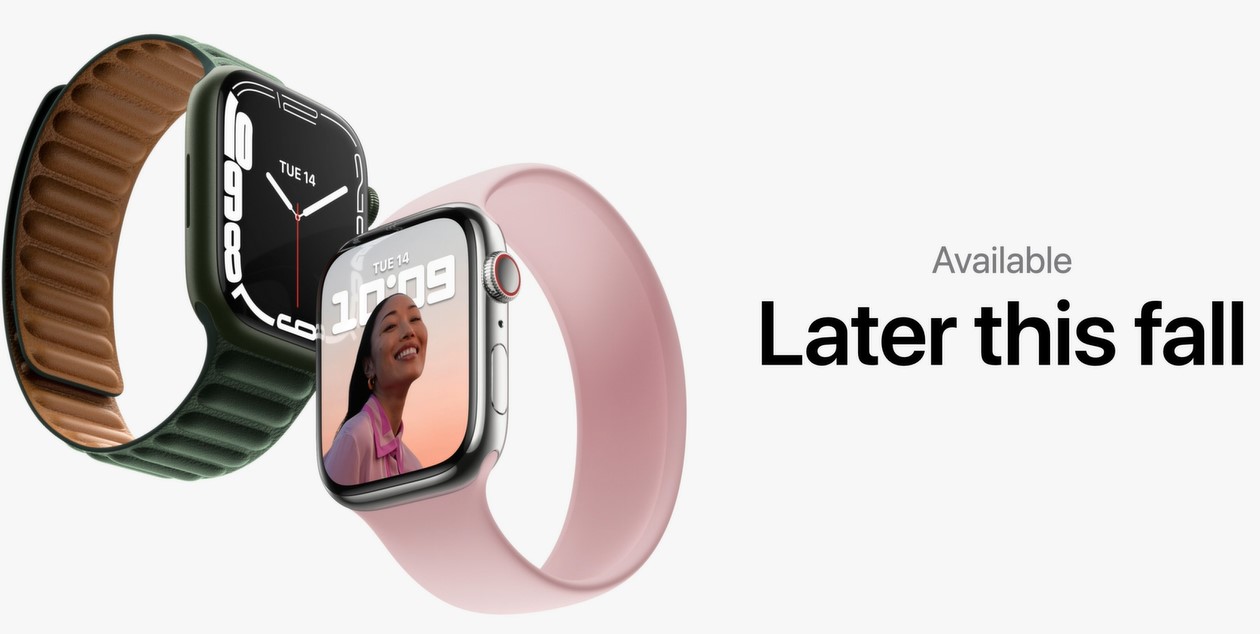 The Keynote closed with the most anticipated announcement: the new iPhone 13. Built for durability, these smartphones feature the exclusive Ceramic Shield front for better drop resistance as well as industry-leading water resistance. The 13 also features a new look with diagonal camera lenses and five new colors: Pink, Blue, Midnight, Starlight, and (PRODUCT)RED. The front-facing camera is also revamped for more screen space. The Super Retina XDR display is 28% brighter for improved viewing outside, perfect for outdoor adventures. Choose between the standard iPhone 13 or the pint-sized iPhone 13 mini, both of which are powered by the A15 Bionic chip for faster speeds, better visuals and an advanced dual-camera system.

Also announced were the iPhone 13 Pro and Pro Max, which add even more features to this cutting-edge collection. One of the biggest updates is the all-new camera system, which includes a 77mm Telephoto camera, an Ultra Wide camera with autofocus and a Wide camera with up to 2.2x improvement in low light. The Ultra Wide camera makes possible a brand new feature: macro photography. Now, you can capture close up, incredibly detailed photos without needing a macro lens. Novice and professional cinematographers alike will love the incredible new features added to the video camera. Cinematic Mode uses machine learning to create a depth map built into the video, which allows you change the depth effect after the video has already been captured; the iPhone 13 Pro and iPhone 13 Pro Max are currently the only smartphones with this feature. Storage capacities include the usual 128GB, 256GB and 512GB options as well as a new 1TB storage option. Choose from four stylish shades—gold, silver, graphite and sierra blue—to match your mood.  Pre-orders start this Friday, September 17; all the iPhone 13 models will be available to purchase beginning on September 24. 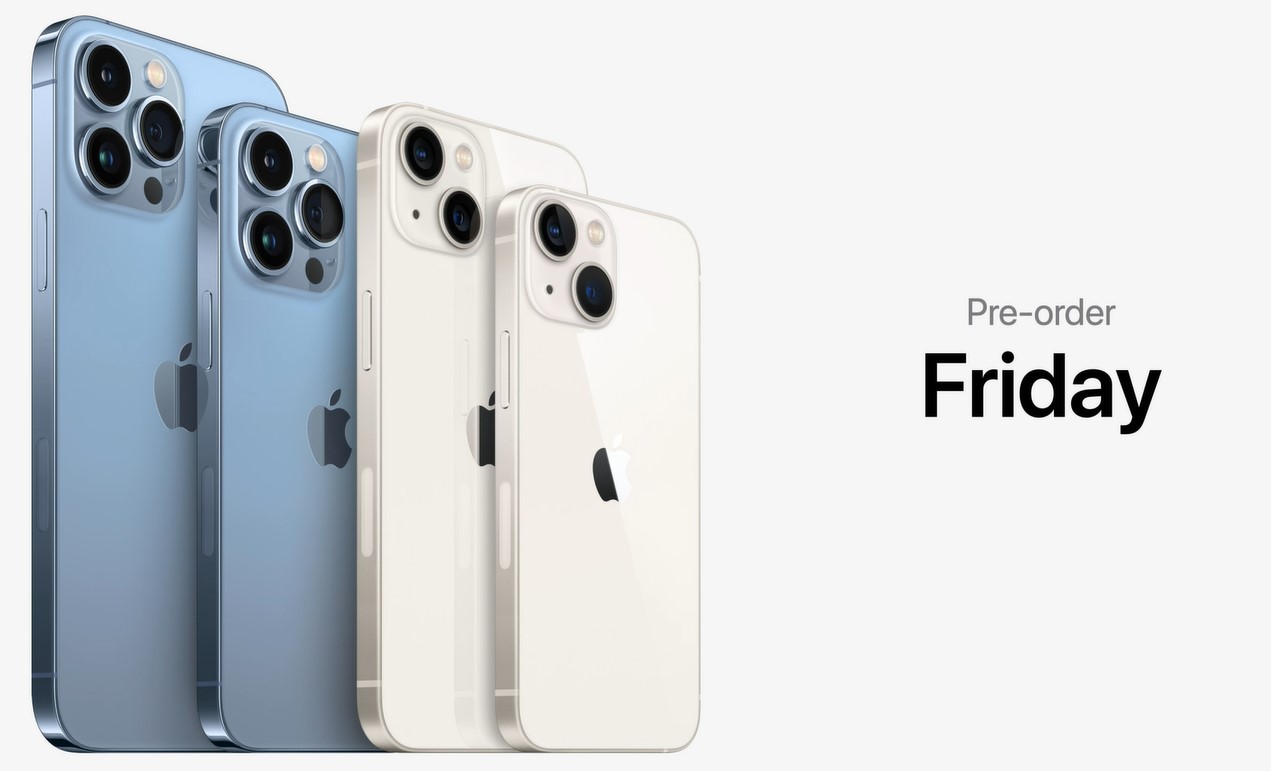 Apple continues to lead the charge with awesome innovations and stunning design. Is it time for an upgrade? Now is the perfect time. Let us know which new release you’re most excited about in the comments.