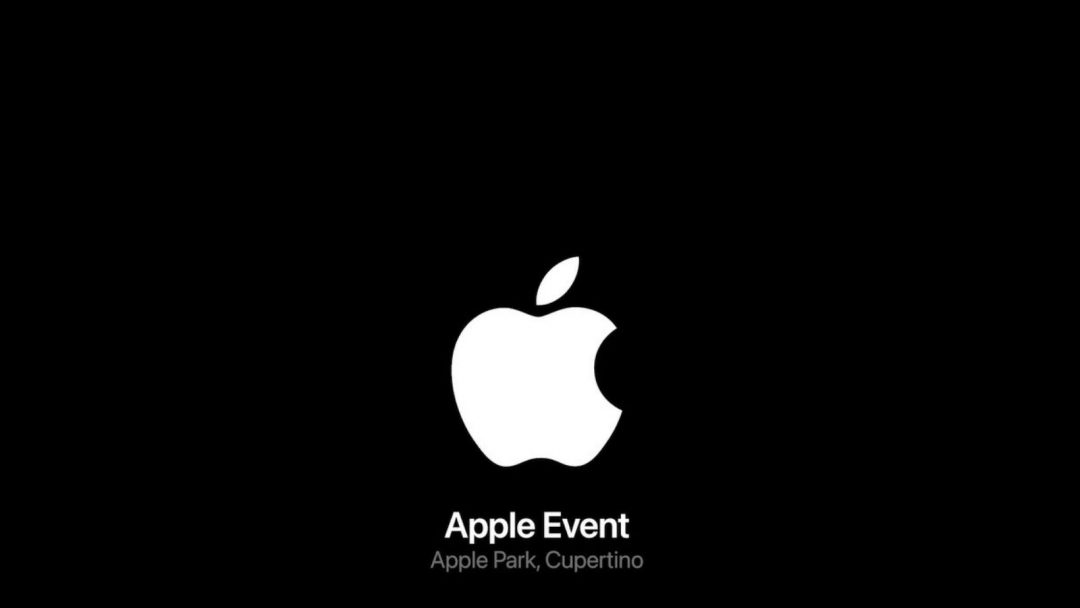 Apple held their first event of the year today with plenty of exciting announcements. Today’s Apple event, cleverly titled “Peek Performance,” marked 2022 as another year of growth and innovation for the brand. From new emojis to iPhone SE 3, there were several exciting—and some unexpected—new launches.

Apple CEO Tim Cook opened 2022’s first Apple event with the latest news on Apple TV+. He highlighted the amazing and award-winning original content on the platform as well as great new content coming soon. We saw familiar faces like Denzel Washington, Glenn Close and Mahershala Ali, showcasing the brand’s ability to secure the biggest names in entertainment for their original series and movies. Apple TV+ is a way to fully integrate Apple into the lives of consumers beyond physical devices.

The biggest Apple TV+ announcement, though, was the news that the platform will now be offering MLB Friday Night Baseball. The two games streaming every Friday night will only be available on Apple TV+.

Cook then pivoted to a recap of the latest generation of iPhones, highlighting their design popularity with consumers. Jumping from that point, Cook went on to announce iPhone 13 and 13 Pro’s new green hues. The new green iPhones will be available for purchase starting March 18.

One of the biggest iPhone announcements of the day was the reveal of the new iPhone SE. These phones are designed for those seeking a smaller phone at a great value without sacrificing quality. The new iPhone SE will ideally build on the momentum of the iPhone 13’s popularity. The new generation of  iPhone SE comes in Midnight, Starlight and Product Red finishes. It also features IP67 water and dust resistance for great durability, too. Apple has also improved the battery life and added 5G capabilities to their smallest phone.

A 12mp pixel camera and the A15 Bionic chip makes computational photography available on the SE. Smart HDR adjusts color to . These updates also help upgrade video quality, too. In short, you’ll be able to use an incredibly high quality camera without the major investment. The outer plastic wrap on the phone has been eliminated and recycled elements have been added to the phone’s construction, centering Apple’s desire to lessen their footprint. The iPhone SE will retail for $429 and is available starting March 18.

Tim Cook also discussed Apple silicon on the newest generation of iPads. Today we learned more about the new iPad Air. Apple Engineering Program Manager Angellina Kyazike explained how iPad Air offers great performance for a variety of users including college students, content creators and gamers. The incredibly powerful M1 chip, featured previously in iPad Pro, is now in iPad Air as well, offering 60% faster performance, an 8-core GPU and a 2x graphics performance increase. With its 16-core neural engine, your experience will be more intuitive with industry-leading performance. The anti-reflective coating offers a great user experience, too. The front camera is getting an upgrade, too: its 12-megapixel Ultra Wide camera supports Center Stage, meaning that all current iPad models offer Center Stage.

The next portion of today’s Apple Event centered around the latest line of Mac computers with Apple silicon processors. Apple silicon offers superior performance, innovative technologies and power efficiency that define the latest era of Mac. Tim Cook went on to say that nearly every product in the Mac lineup now features Apple silicon. He continued, saying that ultra-thin and incredibly designs are possible because of Apple silicon and the way it has facilitated the development of the M1 chip family.

From there, the new Apple M1 Ultra chip was unveiled, described as a “monster of a chip.” To begin, we learned of a previously unknown feature on the M1 Max: it has die-to-die interconnect technology that allows for greater scaling, building the M1 Ultra chip from the die of two M1 Max chips. Apple calls this connectivity UltraFusion. Highlights of the new M1 Ultra chip include the 20-core CPU and the 64-core GPU, which provides 8x faster performance than the standard M1 chip. It also offers power efficiency, meaning that you don’t have to sacrifice battery life for high speeds, low latency and greater bandwidth. Simply put, this kind of performance hasn’t been seen before. 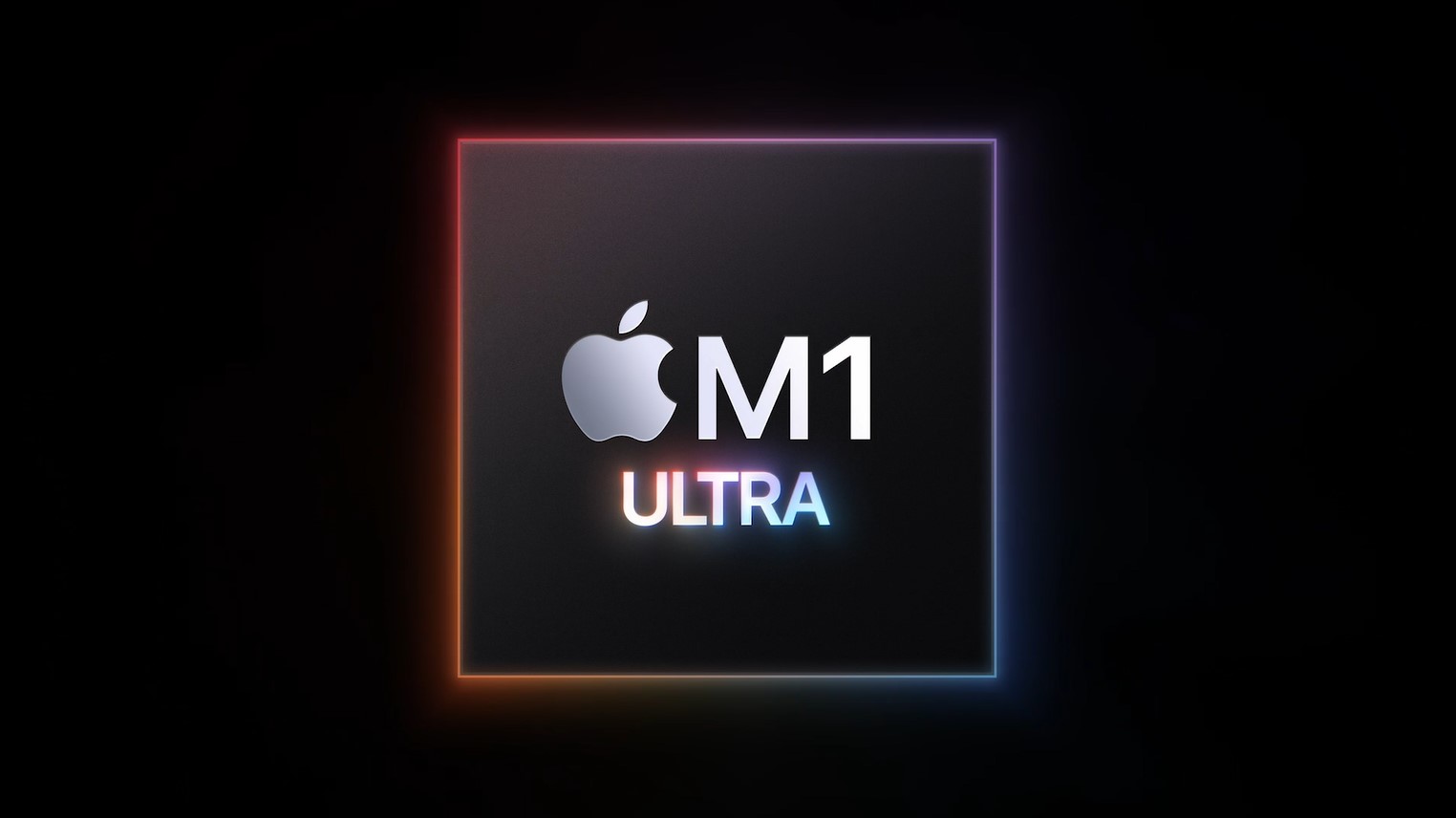 The discussion of the Apple M1 Ultra chip seamlessly transitioned into the announcement of the new Mac computer: Mac Studio. This all-new computer adds all-new capabilities to your Apple desktop computer and was created with professional creators in mind from sound to graphic design and more. It is designed to transform studio workflows across a variety of roles. At a mere 7.7″ inches square, this computer is designed to tuck in alongside your monitor or display without taking up precious desk space. The thermal system features a double-sided blower that keeps the system cool, meaning you get great power with minimal overheating. The thermal system is designed for ultra-quiet operation as well.

Apple understands that connectivity is a crucial workflow for components and thus designed Studio accordingly: Mac Studio features 4 Thunderbolt ports, an HDMI port, a 10GB ethernet port, 2 USB-a ports and a pro audio jack on the back. The front of the unit also features 2 USB-c ports or Thunderbolt 4 ports (depending on the M1 Max or M1 Ultra model) as well as an SD card slot for even easier access for products like external storage. There is also built in Bluetooth and WiFi 6, meaning the new Mac Studio offers connectivity on a never-before-seen level. Mac Studio can support up to four displays as well as a 4K TV.

To create a modular system ideal for creatives, Apple also developed the Mac Studio Display desktop. The all-screen design and slim profile look great and provide an optimal user experience. The stand allows the display to be tilted up to 30°, perfect for hands-on projects. There’s even a tilt- and height-adjustable stand option for greater customization. The 5K Retina display and 500 nits of brightness means images look so lifelike, you’ll do a double take. It also has TrueTone for a natural and lifelike visual experience. Such picture quality is essential for those who work in visual mediums. The industry-leading anti-glare coating enhances the user experience with improved readability.

Mac Studio Display is equipped with the A13 chip for advanced camera and audio, too. The 12MP Ultra Wide camera supports Center Stage, the first instance of this technology on a Mac. The array of studio-quality microphones adds another feature that’s great for video conferences. Audiophiles and music producers will be wowed by the high-fidelity six-speaker sound system. Four force-canceling woofers minimize distortion while enhancing bass for nuanced, true-to-life sound. Two tweeters produce accurate mid-tones and crisp highs to round out the sound system. Thanks to Apple silicon’s ability to process surround sound, the speakers also support spatial audio (that means you can enjoy music with Dolby Atmos). Simply put, these are the best speakers to ever be on a Mac.

After all the incredible announcements of last September’s Apple event, we weren’t expecting so many exciting launches today. What do you think of the new launches? Be sure to check out Abt’s selection of Apple products. You can also check out our coverage of the September 2021 event on The Bolt. 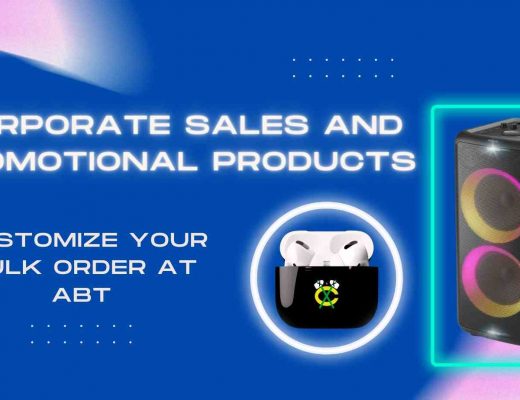 The Abt Electronics blog recaps the best new television sets from CES 2013, including new 4K and OLED TVs.

Whirlpool introduced a new line of appliances recently with a new shade called "White Ice." Check out the new look on Abt's blog.

Abt Electronics recaps the new camera offerings from CES 2013, including new mirrorless models from Samsung and new Pentax cameras.