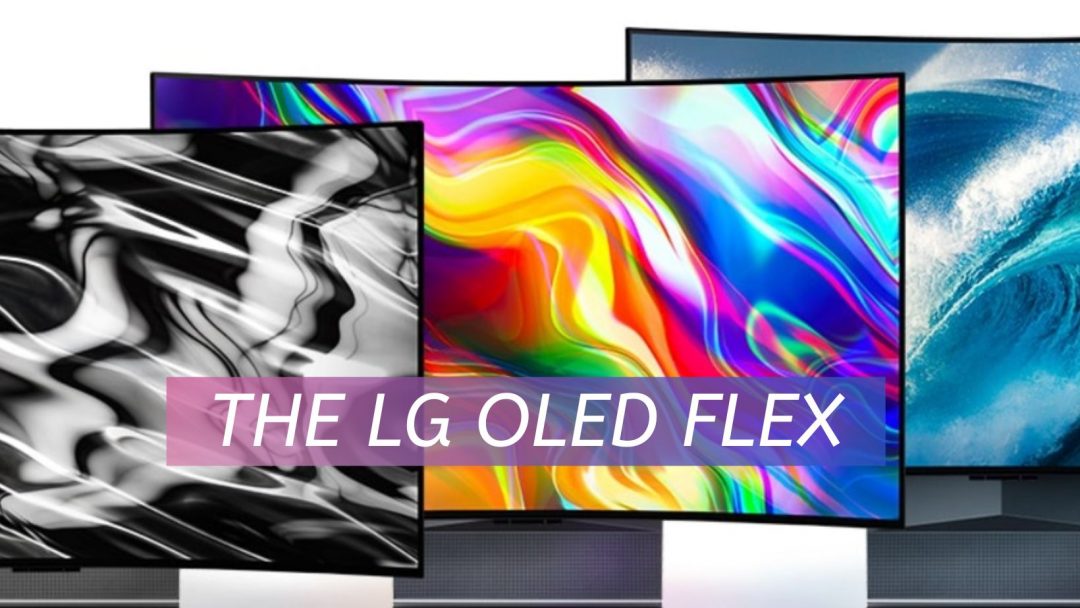 While curved screens are nothing new to the modern market and have truly taken off with gamers, it’s LG’s OLED technology has allowed them to spearhead truly flexible screens. They even teased a rollable screen back at CES 2021. Now they’re expanding their product lines with a new technology: an LG OLED monitor that can curve inward and outward. The LG OLED Flex does more than sit in one curved position. It can move inward from a flattened screen to an immersive curve with over 20 different turned-in positions.

Computer & TV In One

The LG OLED monitor is large enough to double as a TV in certain living rooms, studios and apartments. That’s thanks to its 42″ screen size. To switch between the TV and PC modes, all you have to do is press a button: you’ll activate the switching hub. From here, move between different USB inputs and use your connected accessories with both modes. Meanwhile, reflection-reducing technology means you’ll have an easy time streaming your favorite television shows and movies without being interrupted by your own reflection (it’s reduced by 25% compared to other LG OLED monitors and TVs).

Whether you’re watching or playing, it does more than just curve. The LG OLED Flex can also tilt vertically and slide up and down its stand, making it easy to watch and play from any angle. And whether you’re leaning back in your gaming chair or need to pivot the angle when sitting on your couch, adjust the screen to fit your space.

In-Game Features Made for Flexing Muscles

When it’s time to sink into your virtual world, this LG OLED monitor is ready to boost any player’s experience. Curve inward to 900R and get gaming: a quick response time and a dashboard of game optimization settings all exist to heighten your experience. Adjust visual and audio settings quickly to get back into the game ASAP. Meanwhile, the computer comes with some features that just work, like the built-in game microphone. Just speak and you’ll be able to communicate with competitors and teammates alike without the need for a gaming headset.  Powerful 40W speakers send the same caliber of clear sound right back at users, and they’re further enhanced by Dolby Atmos for an experience that surrounds. Finally, a backlighting system allows users to choose between five different gaming color moods like green, pink and blue. Adjust settings to have the lights flare with every fight, orchestral sweep and explosion.

Made For The Break-Out Gamer

Some of The Bolt’s writers love video games and can give this monitor a fair examination—this model is a perfect choice for someone who’s looking for a screen that can do it all. Like, everything. One that can hook up to a gaming PC, but still work well with gaming consoles. Something that’s large enough to function as a TV and has decent speakers. It’s the perfect screen to handle just about any request, even curving in on itself and flattening back out. If you love gaming and are in the market for a new monitor, this is one to put on your list.

To see more of what’s available, explore other models from LG at Abt.