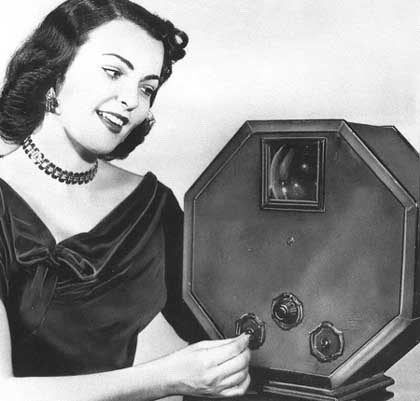 Originally called “radiovision” signals were broadcast by Charles Francis Jenkins who was trying to devise a way to transmit pictures over the airwaves.  He sold several thousand receiving sets, and, after receiving permission to start an experimental TV transmitting station, aired programming five nights a week until until it was ultimately shut down in 1932.

The interest for programming sent directly to the homes of many consumers because something the general public could not forget.  Jenkin’s experiment may have died,  but it led to the birth of the networks we watch to this very day.

Next time you are watching your favorite program on your flat screen HDTV, think back to a simpler time when just a 3 inch screen TV was more than enough.

Have You Ever Seen a Laptop Float?
It's Never too Early to Celebrate 4th of July!
0 Comments
By Pete R