Earlier today, the Alpine Restyle demo truck rolled into the Mobile Audio department at Abt Electronics. The truck, a lifted 4-door Chevy Silverado, is outfitted with the newest in-dash A/V system from Alpine, the Alpine X009 Series. A direct fit for select GM vehicles, the X009 is an all-in-one entertainment and navigation system that provides the ultimate in control for your truck. 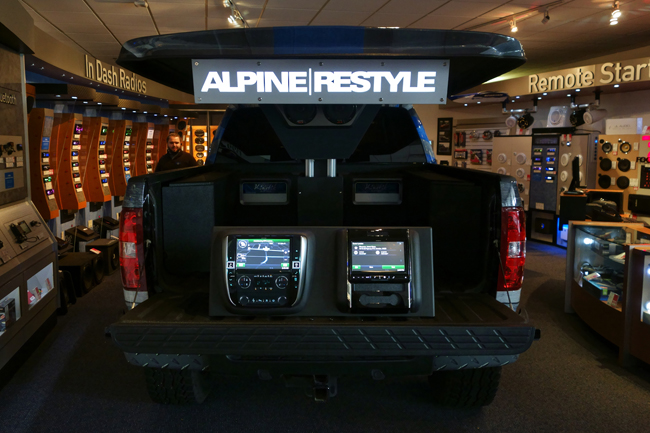 In addition to typical navigation capabilities, the 9-inch touch screen—currently the largest available aftermarket in-dash screen—gives you access to a nearly endless supply of entertainment. Integrated support for Pandora, HD Radio and SiriusXM, as well as Made For iPod certification and HDMI compatibility let you listen to or watch just about anything you can imagine. A 24-Bit D/A converter and optical digital output ensure that whatever you do listen to sounds its absolute best. 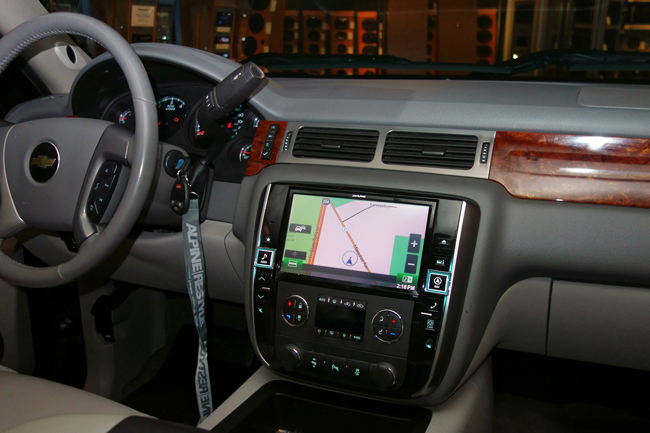 In-dash screens are pretty common these days, but one of the big obstacles to their installation is trying to figure out how to fit them into a dashboard that’s normally occupied by lots of other knobs and switches. Normally this requires custom fabrication of a mount, along with relocation climate controls, defogger buttons, etc. To simplify the installation process, Alpine built all of those typical functions into the X009 head-unit with the inclusion of hard controls that replicate those from the auto manufacturer. The X009 in this Silverado, for instance, retains all of the GM controls from 2007-2013 GM Trucks and 2007-2014 GM SUVs.  Not only does this feature make the X009 easier to install, it puts tons of vehicle information right at the users fingertips. From one screen, you can control Onstar, the Bose Audio System, rear seat entertainment, the rear view camera, diagnostics like tire pressure and much, much more. 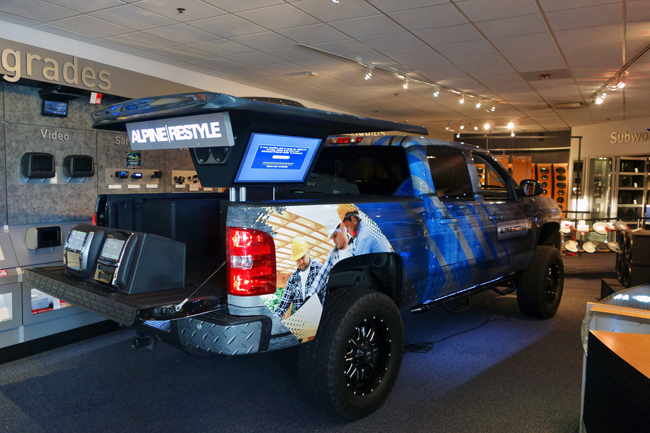 While we’d love to keep this bad boy around for some tailgate partying, the demo vehicle is only making a quick stop at Abt and will be gone by next week. If you’re in the market for a new system for your GM vehicle , this is a great chance to see one installed and get some hands-on time with it. Click the link for more product info on the In-Dash GPS Navigation Systems & Receivers. 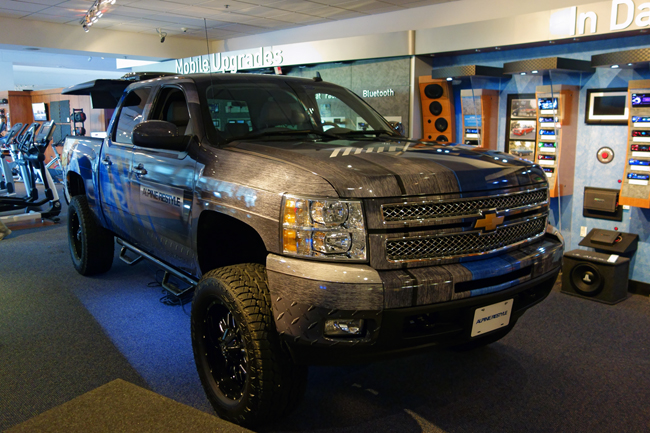 Behind the Abt Curtain!

We visited Alpine at CES to see updates to the Restyle line, including improvements to the user interface and a new ability to control external...

Ride In Style: Luxury Rv At Abt