Abt Salesman Inducted Into Muskies Hall of Fame

Lenny Szulc, who has been with our company for 14 years, was recently inducted into The Muskies, Inc. Hall of Fame. Muskies, Inc., founded in 1966, is a service-oriented, non-profit organization for men, women, and children that focuses on improving the sport of muskie fishing everywhere.

The organization consists of 47 independent local chapters throughout the country and currently has more than 7,500 members. It also is widely recognized as the first organized group of sports anglers to espouse the practice of “Catch and Release,” which many conservation groups now embrace. 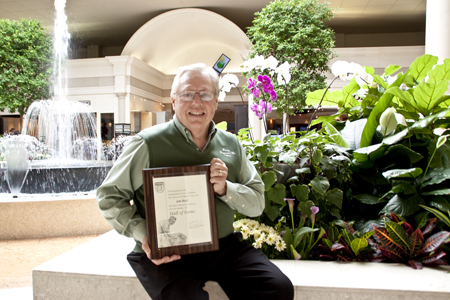 Lenny Szulc with his Hall of Fame plaque

Lenny has served as president of the South of the Border Chapter of Muskies, Inc. since 1987. He also is chairman of the chapter’s annual fundraising, which aids the stocking of muskies in the Fox Chain of Lakes and other areas, with funds also going toward the group’s annual Youth Outing. The police and fire departments of Antioch, Ill., assist with the event, and kids get to enjoy a day of fishing and a free picnic with their families.

“This is truly a great honor,” says Lenny. “I’d like to thank everyone associated with Muskies, Inc., and especially the members of the South of the Border Chapter. They’re a great group of people to be involved with, and they do a fantastic job in promoting the sport and raising funds for worthwhile causes.”    —by Graham W.

Countdown to the Big Game!