Abt @ CES 2012: Microsoft Has Your Files in the Clouds

Microsoft showed off its internet storage service, SkyDrive at CES 2012.  Microsoft is brings SkyDrive to iTunes as well as the Windows Phone marketplace. The free app, which was launched in December of last year, lets users tap into their web repository to retrieve their personal documents, notes, photos, and videos. SkyDrive is one of a growing list of apps from Microsoft to make their way into the iTunes Store. 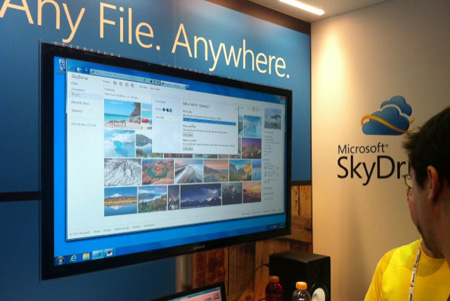