As one makes their way through the throngs of booths, gadget prototypes, beautiful spokes models, SWAG and row after row of glaring lights and signs, few people get to see the inner machinations of what CES is all about. Jon Abt found his way into what he called an “information hub” where dozens and dozens of people from around the world frantically make calls, dial their smartphones and type furiously at their keyboard sharing and sending every juicy bit of information they are collecting.

The event is much more than just a sneak-peek at the upcoming electronics of 2012, but a glimpse of the excitement passionate individuals have about their products and the industry as a whole. 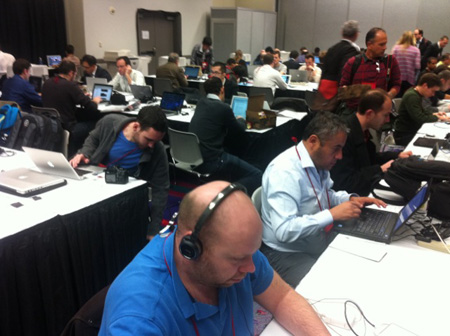