Abt Camaraderie Extends To Softball Fields

Since Abt Electronics is a privately owned, family run business, all employees here work within a close-knit group. One thing that stands out is our ability to show camaraderie and teamwork even outside the workplace. During various times throughout the year Abt is involved in different sports leagues comprised of its very own employees.

During the summer the Abt softball team dominates the diamond with a group of hard working athletes. In the last five years our Men’s softball team has won numerous trophies, beating out many other teams to reach the top. Team captain Billy Govis states, “With a pitcher like Paul Chiapetta a.k.a. “Chippy” and a group of guys who have so much love for the game, it’s impossible not to keep this tradition alive for many seasons.” 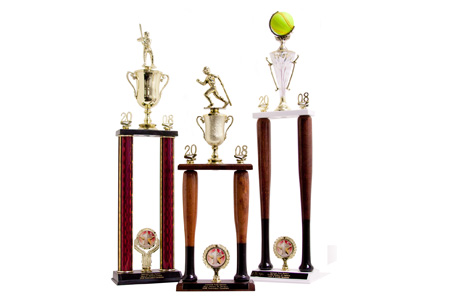 Abt’s first-place softball trophies: one for 14-inch and two for 16-inch

Due to the popularity of the men’s softball team, customer service manager Cari Boyk put together another group of employees and started a co-ed softball league with the Glenview Park District. Cari states, “I started the co-ed league because girls just want to have fun too.” Not to be outdone by Abt’s all-male softball team, the co-ed team, in their very first year, went all the way and won their league championship. 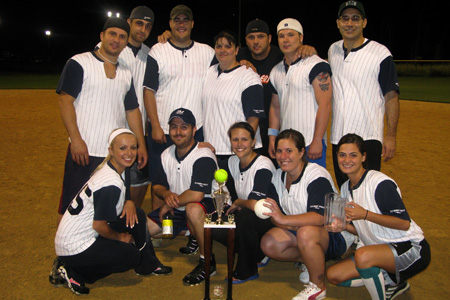 With the new softball season approaching both teams are getting ready to continue their consistent winning ways and hope on adding more trophies to their already extensive collection. Once work’s over, it’s time to “Play Ball!”   —by Nick Eugenis

March Madness: Free HDTV Delivery And Hook-Up
Humpty Dumpty Found Sitting On An Abt Wall
0 Comments
By Abt