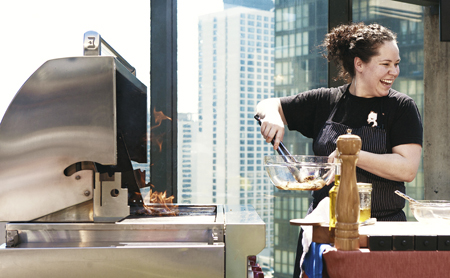 Chicago Magazine did a special expose on Chicago chef, Stephanie Izard. Stephanie is famous for winning reality TV’s Top Chef competition and as the owner of the restaurant “Girl and the Goat.” Abt was pleased to present her with a Wolf Range to use during a demonstration and show off her cooking skills.

Stephanie Izzard has been making a name for herself since the moment she broke out into the public eye.  Just recently she won the award for the Top 10 Best Chefs in the US by Wine Magazine.  Much luck to Stephanie and her award winning accomplishments.

Nexflix Changes Things Up a Bit...
Generators for all Your Weather Disaster Needs
Wolf
0 Comments
By Pete R