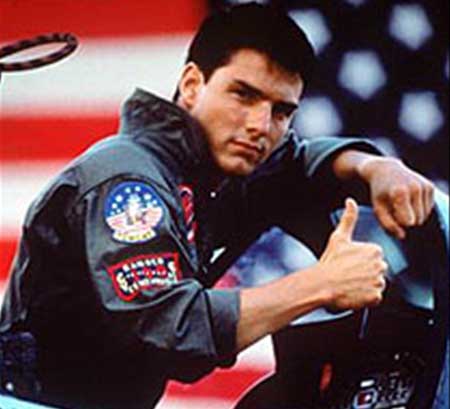 In honor of tomorrow being the 4th of July, as well as today being the birthday of Tom Cruise,  I’ve decided to review a movie that is riddled with national pride: Top Gun.  A sure-fire hit for those who have a need—a need for speed!

On March 1969 the United States Navy established an elite school for the top one percent of its pilots.  Its purpose was to teach the lost art of aerial combat and insure that the handful of men who graduated were the best fighter pilots in the world.

The movie opens with that brief synopsis of what exactly “Top Gun” is.  Back in the day, when producers Jerry Bruckheimer and Don Simpson teamed up, each of their movies were jam-packed with explosions, pride, good looking women and lines so cheesy,  you can’t help but cheer out loud while cringing.  Top Gun has become a staple in the go-to formula for making edge of your seat action movies.  Since then, violence may have gotten more intense, plots may have gotten more complex, but Top Gun retains all the excitement and jarring Kenny Loggins-inspired soundtrack since its arrival in 1986.

“Your ego is writing checks your body can’t cash, Maverick!”  One of the most brilliant lines of the movie is directed towards the lead character Maverick who is played by box office star Tom Cruise.  When he encounters a pair of MiGs over the Persian Gulf, Maverick’s wingman cougar is clearly outflown and freaks out.  Ignoring numerous orders to come back to the flight deck, Cougar is brought back to clarity with the help of Maverick who is able to talk him back down. No longer able to handle the extreme intensity of fighter piloting, Cougar turns in his wings.  Maverick is moved up in the standings and sent to the Top Gun Naval Flying School. There he fights the attitudes of the other pilots and an old story of his father’s death in combat that killed others due to his father’s error.

The rest of the story is Top Gun history.  Directed by Tony Scott starring an incredible ensemble cast of Val Kilmer, Anthony Edwards, Michael Ironside, Tom Skerritt, Tim Robbins and a handful of other familiar faces, Top Gun is the epitome of thrill-seeking.

1986 was a simpler time.  A time where you could consider proper “foreign relations” as, flying upside down and giving the Commies the finger. Or a time when all you had to do to woo a woman was  simply by tapping on her shoulder as she’s sitting at the bar alone and you break out in an A Capella rendition of  “You’ve lost that loving feeling” as your fellow Navy buddies provide back up.  Whoa whoa whooooaaa.

Who would have though that in 1986 the advancements in audio and video would get as incredible as they are now?  Tom Cruise may not be the star he once was, and Val Kilmer looks more like he should be called “ice cream” instead of Iceman, but this movie has action, speed and looks and sounds even better with the newer TVs and sound systems.  This 4th of July, spend it with burgers, brats, beer and a few of your friends who love to live life on the edge! 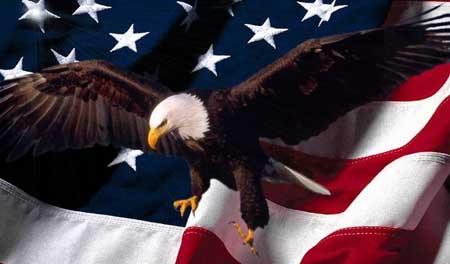 Enjoy Top Gun on one of the most affordable Blu-ray players on the market.  Enjoy your movies in full 1080p high definition and brows the internet and have access to hundreds of programs and shows.

A multi-touch, multi-angled, multi-purposed, and multitalented multimedia machine.
Sony Teams Up with Gaikai For Cloud Based Gaming
4th of July
0 Comments
By Pete R