A CES 2014 Perspective from Abt Representative, Chad Taylor 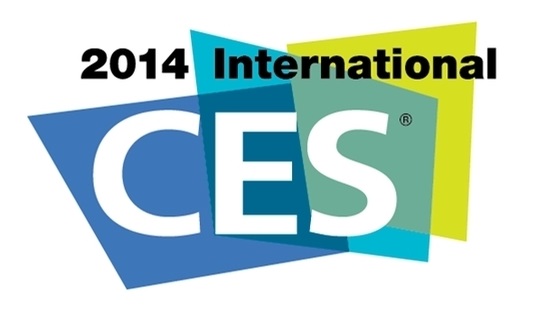 CES 2014 started off with a ton of issues for me this year. The trip from Chicago to Las Vegas started off on the wrong foot, as  I spent hours worth of flight delays and was on the phone for hours more trying to figure everything out. However, after much patience and airport re-organization, I finally made it to Las Vegas for CES 2014.

The show for me started on Monday afternoon and featured the ASUS desktop team.  They have more than a few new products being introduced this year including a new desktop series with wireless charging capabilities.  They also showed off the amazing new routers that will soon invade homes and make wireless coverage and speeds better than ever.  And did I mention an amazing and affordable 4K monitor.  Pivot Head was next on the long list of vendors to speak with.  This company is a crossover between an action camera and a camcorder.  The trick is you can do this right from the glasses that you are wearing.  The quality is amazing and with some of the new features that they will be coming out with over the next few months they should take off quickly.  Monday night featured our yearly trip to the Sony pre-show event.  At this event I was able to see some of Sony’s new products including the VAIO Flip, Smart Watch, Smart Band, Tennis Racquet Sensor (still trying to figure this one out) and many other products.  Sony always impresses at CES.

I started Tuesday once again with Asus notebook and tablet teams.  Not only did I get to see a great assortment of tablets but a new 4K laptop that looked and sounded amazing due to Asus’s continued partnership with Bang and Olufsen.  I was also able to take a look and some amazing 2 in 1 devices that will hopefully be available soon.  Asus is really focusing on the Windows and Android convergence as well.  They already have one 2 in 1 out in the market that supports Windows and Android and with another one coming this might be a trend for 2014 from Asus.

Next was Samsung which if you saw the booth at CES was nothing short of amazing.  Samsung will be releasing a new design in tablets in the coming months.  The Galaxy Pro 12.1 inch tablets is well big and powerful and really allow a user to get away from a traditional notebook and not have to squint at a small screen.   While I cannot really go into much more detail on what Samsung has planned this year I can tell you that Samsung will continue to flex their muscles in 2014.

Lenovo continued the onslaught of new products that they show off at CES with the new Thinkpad X1 Carbon.  This is by far one of my favorite designs ever and now they made it better.  With the adaptive keyboard that changes based on what the user is doing makes the X1 even more attractive.  Lenovo is also getting into the 4K laptop arena with the new a new Y510 series.  I have to tell you 4K on a 15.6” screen truly looks amazing.  The 13” machines that support 4K in my opinion just do not make sense the small screen just does not do the resolution justice.  They also showed off all of the new desktops that they will be releasing this year.  And yes, desktops aren’t dead yet.

Dell was at CES for the first time in a long time.  With the company going private I think we will see big things from this year.  The only announcement that they had was the AlienwareSteambox.  This nice little console will be trying to take on the major consoles in the market.  Other than that Dell is moving in the right direction.  Good machines at attractive price points.

The show floor was well for lack of a better term a zoo.  People from all over the world converge on Vegas to see all that latest and greatest gadgets available in the not too distant future we hope.  From curved TV’s to a Dog Collar that tells you the vital info of your pet you can see everything at CES.  Here are some of my favorite products from the show.

–          I thought this was the best designed unit out of all the fitness trackers.  And there were tons of them.

Overall even with all the delays long days of running around, Las Vegas the show was a great success. It is always fun to see what the next big thing might be. Unfortunately now the waiting game begins as many of the products will not even be available until this summer.