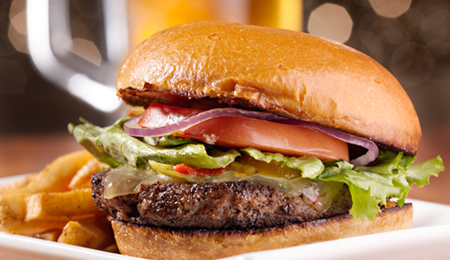 3D printing is the newest technology to enhance the speed and accuracy of making precise 3D objects.  We’ve written about it before and it’s always been fascinating.  From creating personal toys, to helping major motion pictures speed up their production, 3D printing is poised to make its mark on the world.  What if, 3D printing can not only help create objects, but help create food?

Recently the BBC released a story about a start-up company called Modern Meadow that believes it can do just that- make artificial raw meat using a 3D bioprinter.  The article states, “[I]nstead of traditional ink or a material like plastic, the 3D printer cartridge contains something called bioink made of hundreds of thousands of live cells.  Once printed in the desired shape, the bioink particles naturally fuse to form living tissue.”

The time and cost are so incredible right now, that to develop a single burger with the material would cost an estimated $300,000.  An interesting concept, potentially leading to ending hunger, or developing a way to regenerate any tissue, including healing human tissue. The final results of the technology is far off, but who knows what the future knows. Until then, we will just have to make our own burgers, or visit our favorite fast-food chain.

Experience HD in a whole new level with the Sony 4k Ultra HD TV at Abt!

Abt 4th of July Sale is Underway!