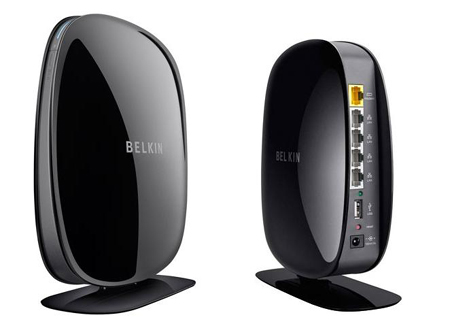 I just set up the New Belkin N600DB router at my house the other day and I have to tell you I was a little skeptical about the promises that were made to me. Well, here’s what I will tell you about the N600DB. First of all, the router was the easiest router I have ever setup ever:  I just opened the box and plugged it in. The router already had the power cable and network cable plugged into the correct ports for me, so all I had to do was plug it into the wall and  my modem.

As far as setting up the encryption well it was easy as well so easy in fact that it was already done for me. Belkin pre-configures this router with an SSID and WPA2 encryption so it takes the guess work out of it for you. So if you want a great router with plenty of power check out the Belkin N600DB