For the last few years, one of the most talked-about technologies has been 3D-printing. Opinions on 3D-printing range from hailing it as bringing about the next industrial revolution to being an overhyped gimmick. To be fair, much of the skepticism that 3D-printing faced was due to the cumbersome printers and expensive barriers to entry. But as multiple exhibits at CES showed us, both of those factors are dropping rapidly, as machines are getting cheaper and easier to use. And as they do, the future of 3D-printing will be decided. With major retailers already selling 3D printers, it’s only a matter of time before using a 3D printer is as easy as printing out a term paper. Check out some of our videos from CES, where we talked with innovators involved with every different aspect of the 3D printing process:

Makerbot Industries is one of the most well-known names in the home 3D-printing game, having started in 2009. They’re now on their fifth revision of their Replicator 3D printer. The Replicator v5 has been revamped to provide maximum reliability and ease-of-use for those new to home 3D printing, as well as seasoned vets. Billed as a prosumer model, the Replicator is equally at home building one-off models as it is doing prototypes for small businesses. The Replicator is currently available for purchase.

For those who might be interested in 3D printing but are intimidated by what seems to be a complicated machine,  Makerbot also showed us the Replicator Mini. The Replicator Mini is a consumer model that provides small-scale 3D printing abilities and is easy to operate even for the non-tech savvy. While it offers all the freedom of designing and printing a product from scratch, printing with the Replicator Mini can also be as simple as downloading a file and pressing a single button.

Manufacturer 3D Systems also showed us their entry-level printer, the Cube  going so far as to call it “child friendly.” Like the Replicator Mini, the Cube is made for plug-and-play use, where getting from design to finished product is as simple as downloading a file and clicking the start button. The Cube can print with two colors simultaneously, while the Replicator Mini is limited to just one.  3D Systems plans for a Q2 2014 release, with a price tag just under $1000.

Of course, skeptics will point out that these easy-to-use, child-friendly 3D printers only speak to the limited potential for 3D printers, that they’re just a really complicated way to create cheap, one-off plastic toys. Well, 3D Systems would counter those critics with products created by the printer featured in the following clips. The Cera Jet 3D Printer, “prints” intricately detailed ceramic objects that can be kiln-fired and glazed just like traditional thrown pottery. Being able to craft dishes and sculptures with previously unattainable structures will appeal to countless artisans and craftsmen. We also saw the Cube Pro, which allows for the printing of large-scale items that utilize up to three different color and material combinations, for the production of professional, finished products.

And lastly, while all of these videos of easy-to-use 3D printers show that printing with this technology isn’t as complicated as many think, it presents a new question: What do we do if we don’t just want to print someone else’s design, but we don’t know how to use design software? Well, 3D Systems has a solution to that. The 3D Systems Sense Scanner is a handheld scanning device that lets a user scan any 3-dimensional object, and automatically transforms that scan into a printable file. Smart software fills in any gaps, making for a perfect finished product. Check out how quickly they get a lifelike scan of our man Josh’s head:

All of this seems to point towards the inevitable future where 3D printing is as much a part of our daily lives as a smartphone, office copier, or home microwave. And it won’t be just for toys or product prototypes. Affordable scanning and printing can change the way home appliances are repaired. Maybe a knob breaks off of your kitchen cooktop. Instead of waiting to have a part shipped in, you simply scan the broken one and print it out of the appropriate material. Lose the battery cover to your TV remote control? Just log onto the brand website and download the file to print out a new cover yourself. The possibilities of this new technology are truly endless, and the limits will be our own imagination and overcoming the pervasive skepticism. Of course, there will be critics. And to those people, I leave this final video, about 3d Systems’ Chef Jet, which offers printing with chocolate. Printing. With. Chocolate. 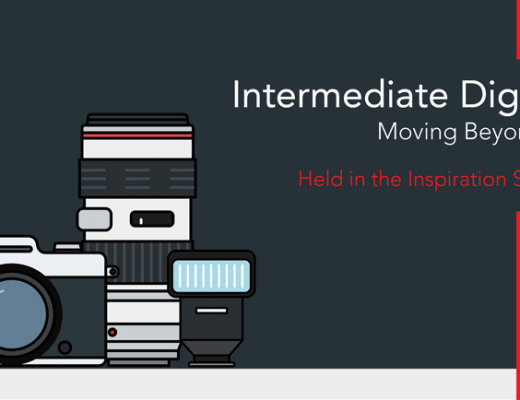 Photography Classes are Back at Abt!

Paleoartist Tyler Keillor designs realistic clay dinosaur heads for museums and universities. His next project is a replica of a Dryptosaurus...

We're looking forward to seeing D3O material in more products in the future. Do you have any experience with D3O? We'd love to hear your thoughts!

ParaNorman is the first stop-motion movie to use a 3D color printer to create their puppets' faces. Get a BTS look of the movie on the Abt blog.