We’ve spoken before about 3D printing such as the Epson 3D printer and how the creators of the film ParaNorman used a 3D printer to create models of characters and scenery.

Wired.com recently did a story on Paleoartist Tyler Keillor who has been designing and sculpting realistic clay dinosaur heads for museums and universities. His next project — an exacting replica of a full Dryptosaurus built entirely as a 3-D digital object.  He created Kickstarter campaign to help buy the tools needed to craft his dinosaur digitally, offering various 12-inch dinosaur models he’s designed as rewards. 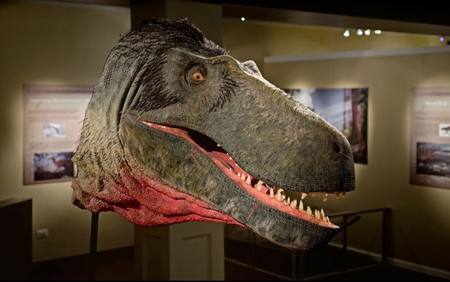 The life-size Dryptosaurus that he’ll make with the additional Kickstarter money, though, will be around 30 feet long, pieced together from CNC routed blocks, the seams sealed and the body painted by Keillor. It will even have a custom made skin to show the dinosaur’s feathered skin.  The wonders of 3D printing are continuing to expand and become even more available to people of all artistic levels.  What would you love to see created with a 3D printer?